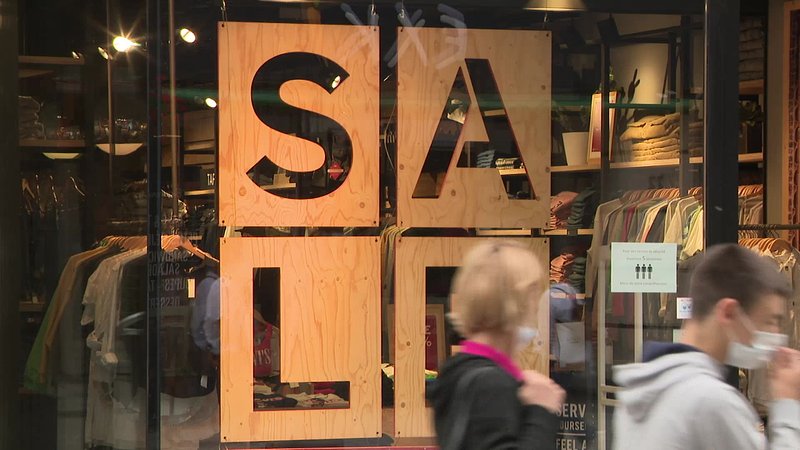 Business tends to be good once the mid-season sale kicks in, but how do things look post-lockdown?

Despite the not-so-summery weather, people took to the streets to benefit from shopping Sunday in the capital this weekend.

Several stores remained closed, however. Owners say their businesses were simply not profitable enough to remain open on a Sunday. Others are unable to put items up on sale in the first place.

The idea of postponing the mid-season sale by two months had been discussed in the Grand Duchy, as is also the case in France, where the sale only kicks-off mid July.

In Belgium, shoppers can profit off cheap items from 1 August onwards. This way, businesses can put up their goods for sale with a higher margin. Due to the pandemic there had also been a delay in shipping, meaning some items were only in stores for a short period of time.

The summer stock needs to make room for the next collection, especially now that people are going on holiday again.

The Luxembourg Trade Confederation consciously decided against postponing the sale, arguing that people are used to mid-season sales taking place this time of year. As a result, shopping is cheaper domestically than abroad, making it more attractive for locals and neighbours.

Many cars with French and Belgian registration plates could be seen in the capital this weekend, President Fernand Ernster said.