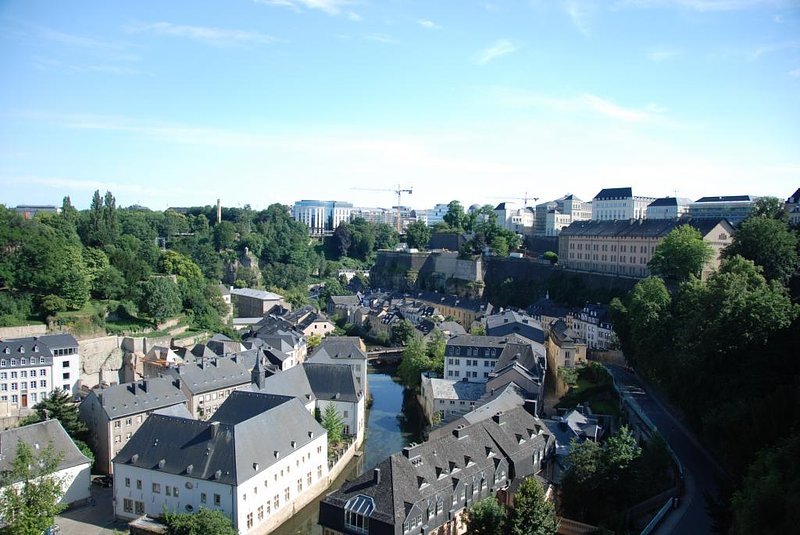 The Ministry of Culture is organising several cultural events this Sunday to celebrate Luxembourg's national heritage.

This year, Luxembourg City is commemorating the 25th anniversary of the designation of its old fortifications and neighbourhoods as a UNESCO World Heritage Site.

Although large gatherings are forbidden until at least July 31st, Luxembourg's World Heritage Day is being celebrated 'with great respect for sanitary measures,' says the ministry.

Three elaborate UNESCO walking routes through the old city were developed ahead of the event:

The walks can all can be found on the izi.travel app, with audioguides in Luxembourgish, English, French, German and Dutch. You can find the app here on iOs and Android.

The Ministry of Culture also pointed out that museums have reopened, including the Luxembourg City Museum.

At the Dräi Eechelen park in the north-east, Ian Hamilton's work 'The present order is the disorder of the future' was commissioned to mark the 25th anniversary.

Finally, there will be free entry this afternoon to the Clervaux castle, where Edward Steichen's Family of Man photography exhibition has been on the UNESCO World Heritage Site List since 2003.

The whole programme for the day, including an Instagram photography competition, can be found on the Luxembourg World Heritage website.