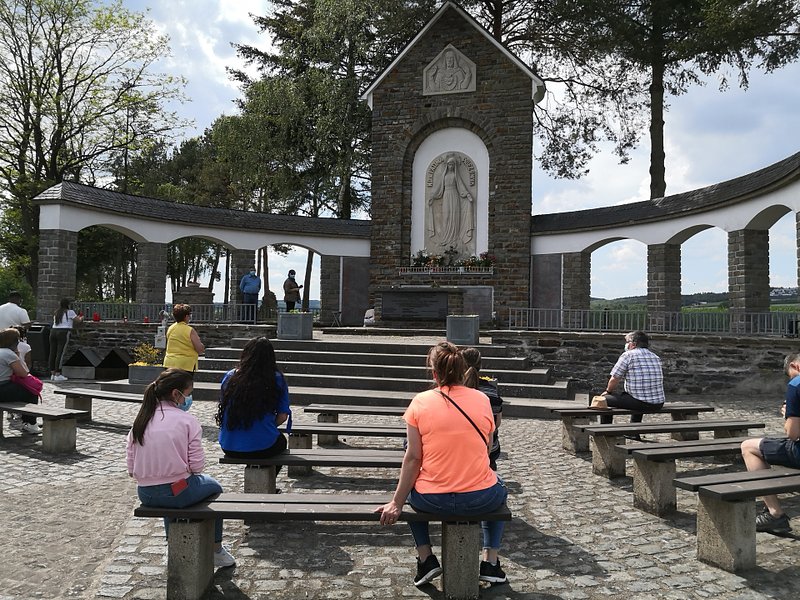 A team from RTL accompanied two police patrols around Wiltz on Thursday.

Despite the official cancellation of the annual pilgrimage to the Our Lady of Fatima shrine, several groups of worshippers persisted in paying their respects to the monument of the Virgin Mary. Pilgrims gathered in Wiltz under police surveillance.

Christine Lorgé, of the Ardennes police district, said the day was calmer than police had anticipated, as the pilgrims showed discipline and respect towards their fellow worshippers.

A number of small groups, particularly families, journeyed to the shrine to pray. All those present wore masks. Within the church itself, a maximum of 20 pilgrims gathered around the statue, maintaining the correct physical distance from one another.

Jacqueline Goudenbourg of the Wiltz parish explained between 80 and 160 pilgrims had visited the church, including families, couples and young people.

In Heiderscheid, the meadows traditionally hold up to 20,000 pilgrims on Ascension Thursday each year, as friends and families congregate for worship and celebration. This year, the fields were largely empty, with just a couple of groups holding small barbecues.

The police insisted their patrols were not designed to be repressive, but instead sought to open discussions and educate the public on the wearing of masks and maintaining of distances.

Officers also patrolled the Upper-Sûre Lake, where many flocked to take advantage of the good weather. Police reminded the public that although certain water sports were permitted, people were not allowed to congregate on the beaches for parties.