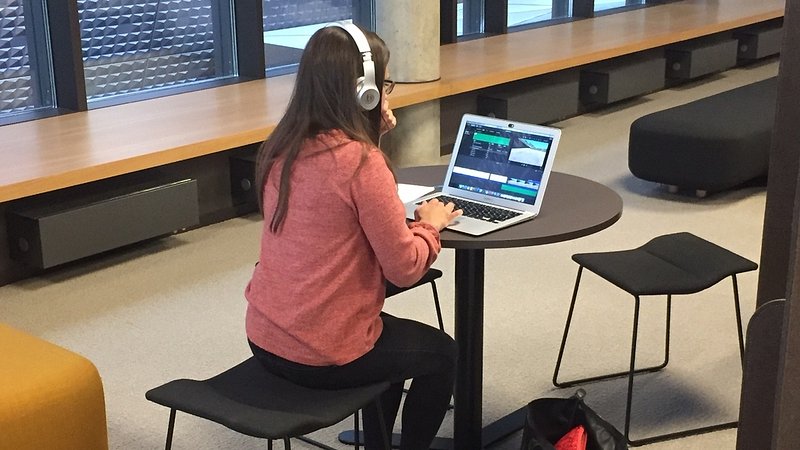 Students from the University of Luxembourg are making videos about maths and languages to support pupils in primary school.

Primary schools have been closed since mid-March. Until 25 May, pupils are learning from home.

Students from the university in Belval are currently making a variety of videos on the subjects of maths and languages in order to help primary school children of the different grades.

Some of the third-year students want to become teachers themselves. Despite not having classes themselves at the moment, they are working hard on their project.

Mara, Noémie, Joanna, and Gil are one of those groups. They are currently shooting videos on maths, German, and French. Filming and editing videos is not something they are used to.

Mara and Gil are currently working on a maths exercise. The task is to explain the form of a cube to children in Cycle 4.2. Illustrating a video like this requires a lot of material, a good camera, and a lot of patience.

While Gil is capturing the individual shots, Mara is working on the script. She uses her phone to record the explanations for the video. Gil stresses that the pacing of the video is very important.

Pupils should have enough time to observe each step. According to Mara, the most challenging part is not knowing how the children will react to the explanations.

The university supports the students by supplying the necessary software and materials as Gilbert Busana, professor at the university, points out.

Usually, the students would be doing their practical training at this point in time. They would teach themselves, but because of the pandemic this is of course not possible. They had to think of something a little bit different for the practical part of their academic year.

Mara, Noémie, Joanna, and Gil have worked hard. The videos on the different subjects are on average about 6 minutes long.