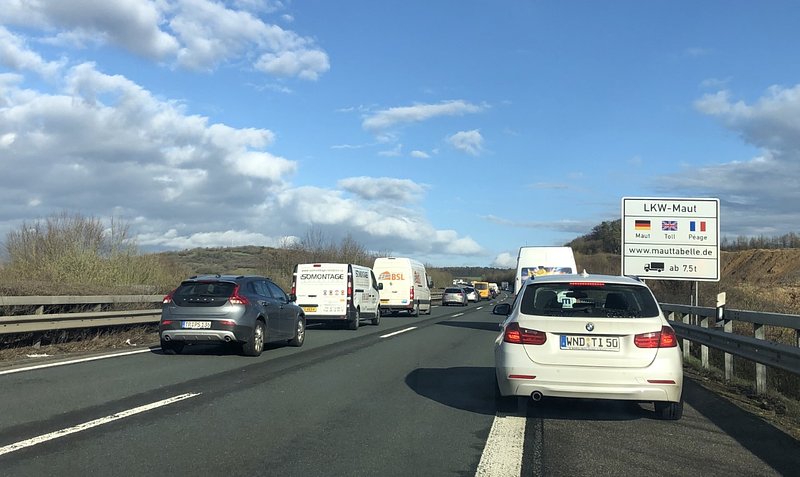 The Luxembourg border town of Schengen gave its name to the EU's treasured passport-free travel zone, but now it is in mourning -- because Germany closed the frontier to fight coronavirus.

Schengen, along with other towns along Luxembourg's frontier with Germany, is flying EU flags outside its town hall at half-mast in protest at Berlin's decision to extend border closures until May 15.

Michel Gloden, the mayor of Schengen, says he "cannot understand" Germany's decision to prolong the measures when, across Europe, countries are tentatively lifting coronavirus restrictions.

Luxembourg Foreign Minister Jean Asselborn has written to German Interior Minister Horst Seehofer to urge him to lift the measures, which have caused public anger in a country heavily reliant on cross-border workers.

Schengen, nestled in the picturesque Moselle wine country close to where Luxembourg, France and Germany meet, was where the 1985 Schengen Agreement was signed.

That laid the foundations for the 26-nation passport-free travel area cherished by many as among the bloc's greatest achievements.

But now, at the foot of vine-covered hillsides across the Moselle river from Schengen, three German police officers question drivers crossing the bridge one by one.

"We check all vehicles, day and night," said one. Only cross-border workers or those with a "legitimate reason" are allowed through.

Normally some 48,000 German residents work in Luxembourg, but the pandemic has forced many to work from home.

In one of the many petrol stations on the Luxembourg side, an employee reported a "frightening" drop in activity.

Normally the pumps are packed with foreign cars hurrying to take advantage of Luxembourg's famously low fuel prices -- not to mention cheap booze and tobacco -- but in the time of coronavirus customers are few and far between.

Countries across Europe have reimposed border controls to try to stop the spread of COVID-19, which has killed more than 145,000 people around the continent.

But the unfamiliar restrictions are particularly keenly felt in Schengen, mayor Gloden said.

"We haven't thought about frontiers here for decades," he said.

"The people who live here are suffering the most from the situation. We don't just go to Germany to go shopping -- we have friends and family there."

Coronavirus has struck in a symbolic year: 25 years since the creation of the Schengen area and 35 since the initial agreement to establish free movement among the six founding countries of the European Union: France, Germany, Italy, Belgium, the Netherlands and Luxembourg.

Robert Goebbels, former Luxembourg secretary of state for foreign affairs and one of the signatories to the 1985 agreement, reflects the exasperation felt in the Grand Duchy.

"Scientists and doctors defeat viruses, not police checks," he said.

"This is obviously a symptom of the lack of European solidarity, but we should not overburden the EU, as it has no powers in health matters."

Another symbolic date is fast approaching: May 9, Europe Day, marking the founding text of the EU.

Many in Luxembourg are hoping it will soon be followed by the restoration of one of the bloc's most famous accomplishments, the right to travel freely across internal borders.