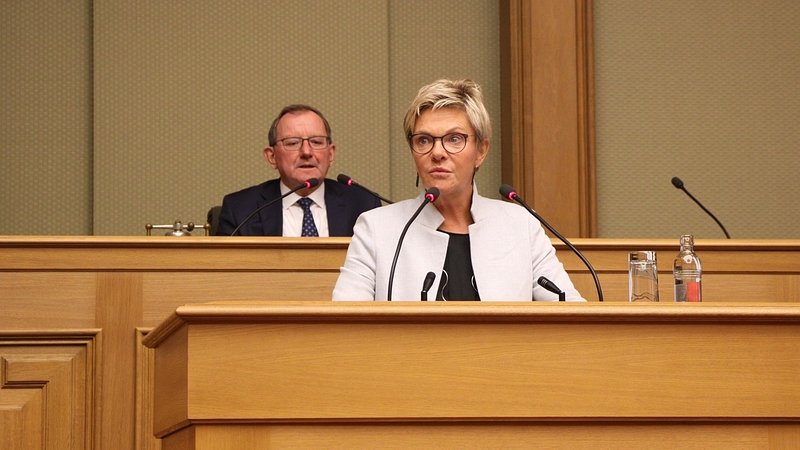 There was outrage on social media after CSV suggested that ministers should attend Chamber commissions in person.

"We want to address concrete problems and find immediate solutions in order to overcome the crisis together," head of CSV Martine Hansen stressed. The politician came under fire after the CSV demanded last week that ministers personally attend Chamber commissions. Hansen explained that the reactions on social media had been extreme- and painful.

In a convocation letter sent to the Chamber President Fernand Etgen on Friday, Luxembourg's largest opposition party had asked for ministers Schneider, Meisch, Bofferding, Cahen, and Kersch to attend their respective commission meetings in person so as to respond adequately to demands and provide answers were necessary.

Martine Hansen has now provided further explanation of the controversial demand. She conceded that it had not been ideal to send 5 demands at the same time. "We certainly should have done this differently," Hansen explained. A better alternative would have been to send a convocation letter for just one minister to start with. "But, as I said, we are only human. The most important thing for us is that we can help," Hansen concluded.

Hansen also explained that this decision had been taken by the party as a whole. She therefore objected to being turned into a scapegoat on social media. The politician for example lamented that many attacks had been "very personal." She added that "it was particularly hurtful because I take the virus extremely seriously."

Hansen underlined that the physical presence of ministers or MPs facilitates fruitful political discussions at the Chamber of Deputies. "As you know," she explained, "the Prime Minister comes to the Chamber of Deputies each week to brief us about the current situation. We've made constructive suggestions then." She cited the example of child custody: officials initially said children should exclusively stay with their mother. CSV criticised this decision and subsequent commission meeting established that children can also still visit their father.

Hansen concluded that everybody was under immense pressure. But the opposition party simply hopes to work constructively with the government and lend a helping hand in finding solutions, she said.