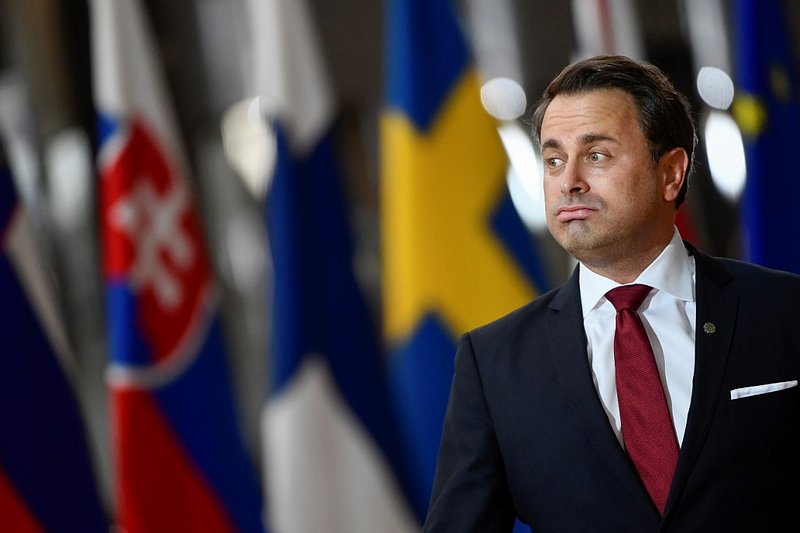 In a country where almost everything is fine and dandy, our colleagues at 5Minutes have summarised the issues that could use some work...

It is a well-known fact that the Luxembourg economy is doing well, attracting workers from beyond its borders. However, RTL 5Minutes have found the Grand Duchy's kryptonite: housing, travel, languages... nine things the government could address to unleash the country's full potential.

Residents on lower wages are forced to rent or to move away - how can anyone invest in the Luxembourg market when it is virtually obligatory to borrow half a million euros over three decades? The country runs the risk of losing many residents to other countries, where the housing market is more affordable.

Getting around the Grand Duchy can be a chore depending on the time of day... whether by rail or by road, the capital's station can't accommodate the number of trains, and the roads cannot bear the number of vehicles travelling to and from the city on a daily basis.

According to Tom Tom's traffic index, commuters to the capital lose on average 43 minutes each day to traffic - that's 160 hours per year, so almost a full week spent in traffic jams. Such conditions have knock-on effects such as accidents, late employees and students, pollution... according to a List study, traffic jams cost the country around 1.436 billion euros a year.

In 2016, the director of the National Pension Fund commented that the pension reserves would be depleted by 2040.

The government launched an investigation into the matter in 2018, drawing the following conclusions: although the general pension regime is currently in a comfortable financial position, it cannot rest on the current elevated compensation levels.

Pension fund reserves are high (4.37 times the annual benefits amount) but when taking into account the growing numbers of pensioners - most of which live abroad - the current labour market and pension system would be depleted by 2041.The General Inspectorate of Social Security emphasised that it is imperative to consider all measures which could be taken to strengthen the pension system and guarantee its funding beyond this date, such as extending the working life, increasing contribution rates or recalculating pensions.

Foreign residents living in Luxembourg can vote in local elections, but they are not allowed vote in legislative elections.This is also the case in France, Belgium, and even in Germany. But unlike its neighbours, the Grand Duchy has a population made up of more than 47% of foreign nationals, numbering around 290,000 people in 2019.

In 2015, Luxembourg citizens spoke out against the possibility for foreigners to register on the electoral lists for the legislative elections, when 78% of voters strongly rebuffed the government's proposals. Although not enough to deter foreign nationals from settling in the Grand Duchy (+10,000 foreign residents between January 1, 2017 and January 1, 2019, it is certainly an obstacle to their integration.

Is it an exaggeration to call Luxembourg a giant construction site? Perhaps slightly, but between the construction of numerous housing projects, infrastructure updates (Pont Adolphe, motorways and the tram) and the creation of new commercial spaces (Royal-Hamilius, Cloche d'Or ), the country, and especially its capital, sometimes has the appearance of an open-air construction site.

All these have in their own way contributed to the ongoing traffic issues. While the work is essential, the detrimental effects on businesses, such as those in the Gare district who have seen profits collapse, and on motorists, cannot be denied.

The international image of the Grand Duchy is that of a rich country, with high-income residents and flattering statistics. It is estimated that the average income per adult is €3,464 per month. However, the idyllic veneers hide a dark truth: the risk of poverty. The figures increased from 11.9% in 2003 to 18.7% of the population by 2017. Almost one in five people live on less than €1,804 per month, which amounts to half the average income per person in 2017. Compared with property prices, there is reason to fear for the quality of life of residents.

The Luxembourgish language, confirmed as the national language in 1984, to this day still lacks orthographic and grammatical codification. Thus, it poses an issue to non-native speakers, despite assistance from the government which provides companies with financial support to help teach their employees. However, the Centre for the Luxembourgish language has been working hard to standardise the language, and eradicate such issues as multiple spellings for the same words.

Trilingualism is without a doubt a real opportunity and one of Luxembourg's strengths. But it can, under certain conditions, be synonymous with a source of stress for newcomers (+10,000 foreign residents in two years), particularly for parents who do not speak all three languages and have children in the local school system. Time to seek out tutors, or invest in one of the (expensive) private schools? Not an option for everyone!

Luxembourg is the economic leader in the Greater Region, but its economy needs manpower - around 10,000 cross-border workers are expected to join each year until 2030. While unemployment is still relatively high in neighbouring regions (7% in Wallonia, 8.3% in France, 3-5% on the German border), residents across the border are clamouring to work in the Grand Duchy. But if the Belgian and French economies are strengthened, many cross-border workers might be tempted to drop the long commutes in favour of lower-paid jobs closer to home, which could land Luxembourg in a case of labour shortage.