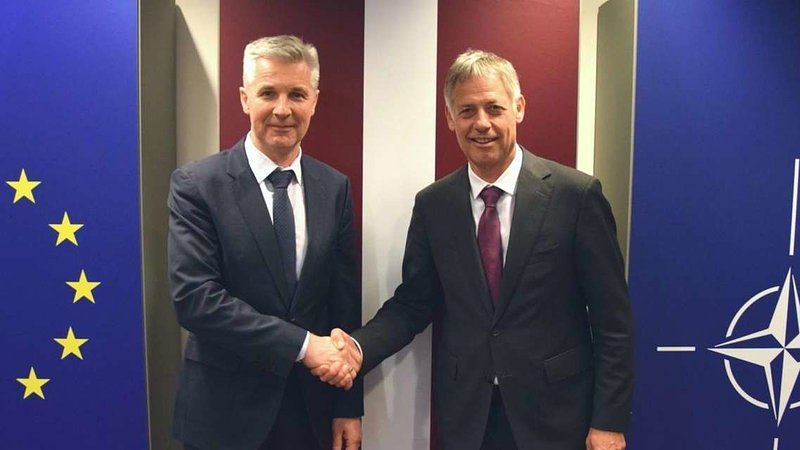 Kox signed the memorandum of understanding with the Latvian Defence Minister Artis Pabriks at the NATO defence ministers meeting in Brussels on Tuesday 12 February. Luxembourg will co-finance cleaning up polluted soil on Latvian military sites.

Highlighting Luxembourg and Latvia's shared commitment to protecting the environment in defence matters, the Grand Duchy will contribute €1.2 million between 2020 and 2023 to the operation. The spirit of the agreement echoes both countries' - and the European Union's - sentiment of reducing the defence sector's impact on the environment.

The allocated funding will be earmarked for removing pollution at Latvian National Guard facilities in the Stopinu region, amongst other sites.

The continued defence collaboration comes after prior co-financing in 2017. Luxembourg contributed €3 million to the construction of barracks at a Latvian military base which houses the NATO enhanced forward presence.