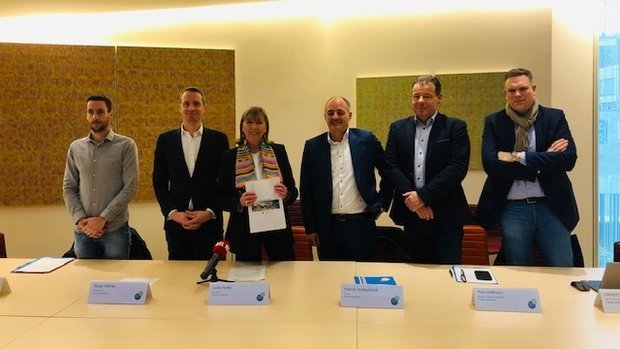 The City of Luxembourg has submitted a request to the Ministry of Finance so that businesses based in the Gare district and suffering from the tram works can stagger the payments of their tax charges.

From Friday until the end of 2020, when the tram construction is set to conclude, the Fort Wedell and Fort Neipperg car parks in the capital's station district will offer an hour's free parking.

On Saturdays, the first four hours of parking will be free as well, in a new measure taken by the city's authorities to help boost commerce in the area. Many businesses surrounding the Place de Paris and other roads affected by the tram roadworks have suffered as low accessibility has led to low footfall.

The City of Luxembourg has also submitted a request to stagger tax payments for the shops affected, allowing them a delay without financial repercussions.

Another measure taken by the City of Luxembourg as a Luxexpo shareholder: stands will be made available free of charge to traders in the Gare district during the "Spring Break", formerly known as the Spring Fair, in a bid to boost profits.