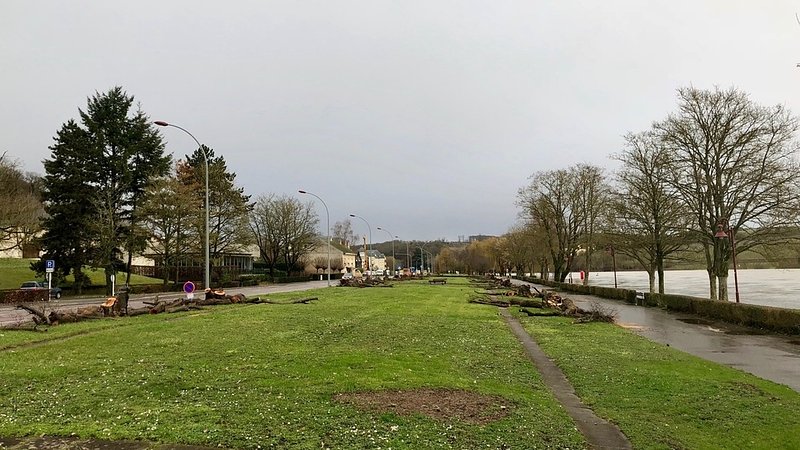 The Japanese cherry blossom trees that framed Remich's esplanade were felled on Tuesday to the consternation of residents and local parties.

According to the roads and bridges authority, the trees were diseased and constituted a safety risk. However, it remains unclear when new trees will be planted in their place.

Local residents and parties have argued that the decision had been made without their agreement, pointing out that there had been no accidents involving the trees in all the years they had been planted there.

A second issue outlined by those unhappy with the felling is that the esplanade - complete with its blossom trees- is one of the main tourist attractions of the Moselle town. It remains unclear what will replace the trees, and when this will happen.

The roads and bridges authority attempted to assuage concerns, stating they would meet with municipal council officials as well as representatives of the Environmental Agency to come to a solution.

As for the timeline of new trees, this will depend on the redevelopment plan foreseen for the end of the year.