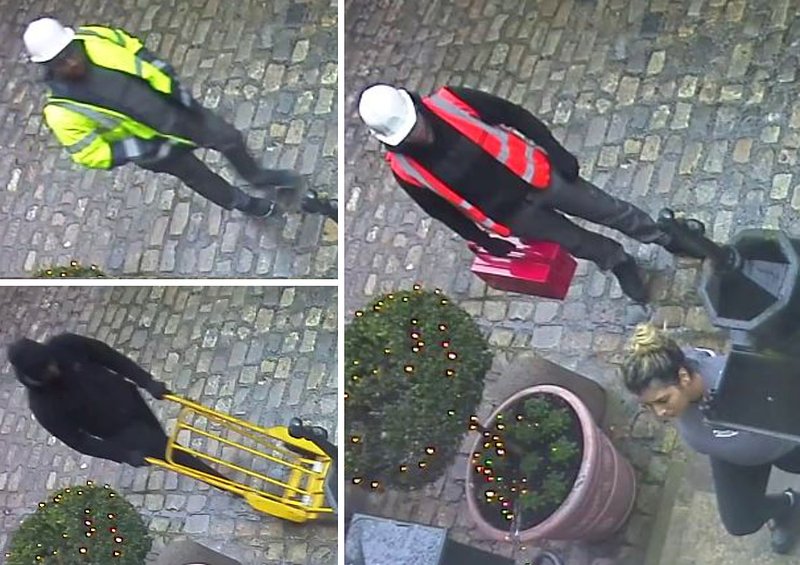 Images showing individuals suspected of robbery in the Grund on 3 January 2020.

The police are looking for three men suspected of having committed a violent robbery in the Grund at the beginning of January.

Three burglars broke into a woman's home on Friday 3 January in the morning. They tied the woman up and proceeded to ransack her home, seizing valuables including jewellery and bank cards. According to the police, who have since broadcast the video surveillance images of the building, two of the three men wore fluorescent vests and hard hats, while the third wore a cap and was dressed in black. The woman visible at the bottom of one of the images was allegedly an accomplice, but did not participate in the violent act.

The suspects are said to have used a black "class V" Mercedes van with French registration plates.

Anyone with information is encouraged to contact police on 113.