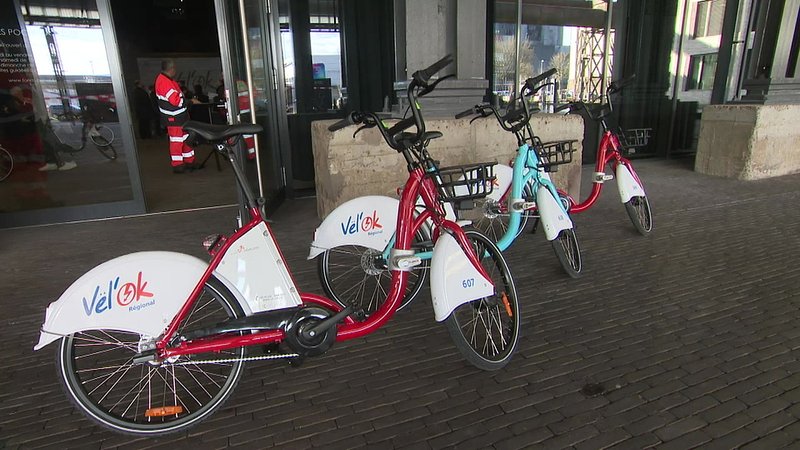 Vël'Ok bikes are free public bikes offered by certain municipalities in the south of Luxembourg. In 2019, the bikes were used around 125,300 times.

Broadly, the initiative has been successful, which has led to further investment in the fleet of bikes. On Wednesday, the new fleet of electric Vël'Ok bikes were presented.

These new bikes are more comfortable and practical, and can travel up to 55 km before requiring their next charge. The bikes also include a display showing the battery level and GPS access to find the bike if necessary. The new models have improved in every aspect compared to older models, including the brakes, engine, and battery.

Currently around 460 bikes - almost all of which are electric - are available to users in eight southern municipalities, spread over 100 stations. The local authorities have ordered more bikes. The environmental and traffic benefits of the bikes are clear, but the initiative also has a social component. A team of 20 people from Esch-sur-Alzette's Initiative and Local Management Centre (CIGL) are responsible for maintaining and distributing the bikes.

Reacting to the new bikes, the Luxembourgish Biking Initiative praised the new fleet, but highlighted that there remains a lack of appropriate infrastructure for cyclists. Whilst there may be plans to create a cycle route between the city centre in Esch-sur-Alzette and the Belval neighbourhood, more must be done, according to the initiative.

Proposed projects included an express cycling route between Luxembourg City and Esch-sur-Alzette, which could be placed along the side of the motorway. The issue the initiative has is that it takes too much time for projects to be implemented, leading the initiative to urge the different actors involved in such proposals to improve cooperation.

As an example of delays to implementation, the initiative named the cycling bridge between Cents and Kirchberg in Neudorf, which has been planned for ten years now. Nevertheless, the group is pleased that there has been a lot of progress in making Luxembourg a more cycling-friendly country over the past few years.