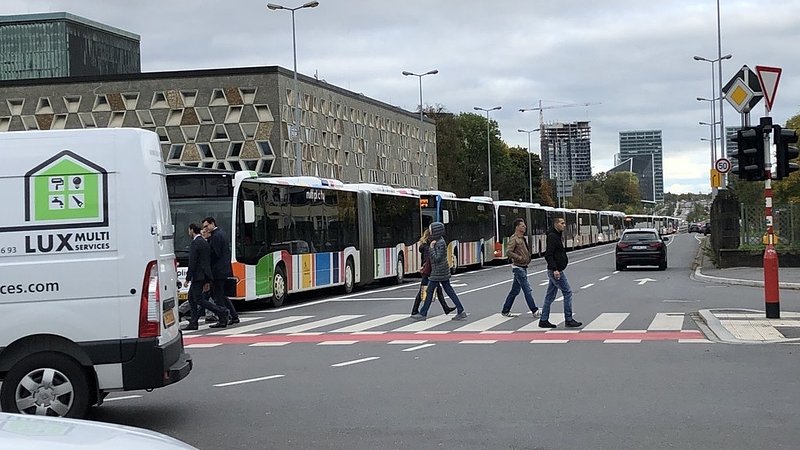 The state of public transport during rush hour is affecting many students, who are arriving late for school.

LSAP MP Mars di Bartolomeo addressed a parliamentary question to Minister of Education Claude Meisch and Minister for Mobility and Public Transport Francois Bausch, inquiring if news reports about the impact of traffic on school pupils are true.

According to reports, many of the 30,000 pupils enrolled in secondary schools are not on time for school due to buses being caught in traffic or train delays. Consequently, these students are written up with VTTs ('venu trop tard' or, 'arrived too late').

In the response to the parliamentary questions, the ministers admitted that students relying on public transport to get to school are put under pressure due to late-running buses and trains. Nevertheless, the ministers rejected the notion that 'students put under stress' should lead to an adaptation of school timetables. Whilst students may not arrive on time, changing school hours would have a huge impact on a number of different areas, including family lives, educational institutions like daycare centres, and the working lives of parents.

Instead of focusing on changes to school hours, both ministers highlighted that their ministries are constantly collaborating to improve school transport.

The ministers failed to specify how exactly these improvements would take place, instead only alluding to the reorganisation of the RGTR network, soft mobility strategies, and the 2035 national mobility plan. However, until these strategies are implemented, students will continue to be written up for arriving late to class.