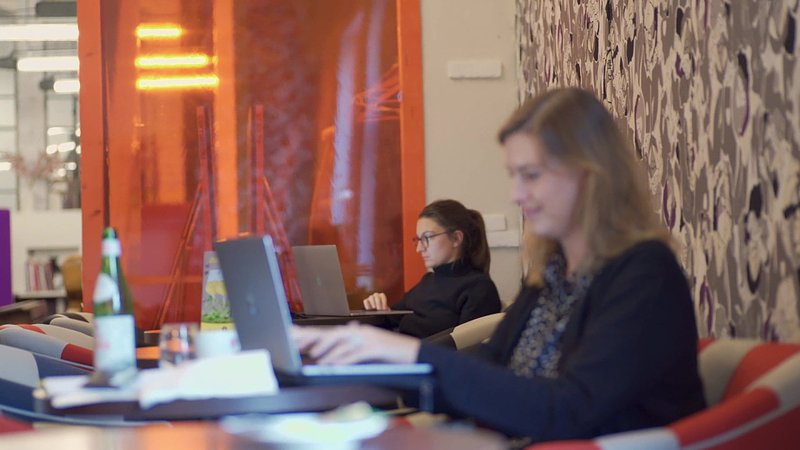 More and more businesses in the Grand Duchy are jumping aboard the co-working space bandwagon, proving it's not just for lone entrepreneurs.

These are the first co-working spaces adopted by a government institution, the Zukunftskees, also known as the National Fund for Family Allowances.

The opening of the spaces will seek to inspire other branches of government to embrace the relatively new concept of co-working spaces in Luxembourg.

The advantages of co-working spaces are being recognised by more and more businesses in the Grand Duchy. Not only can these spaces lighten the load on the centralised traffic in Luxembourg, but they can also improve quality of life for employees and co-workers.

Myriam Schank, president of the Zukunftskees board of directors, said they had implemented the initiative to remain competitive. The 2015 civil service reforms made it easier for employees to work in their local municipalities, closer to home - something Schank has praised as a way of keeping employees on board.

For the first stage, the institution interviewed employees to ascertain which localities were most useful, choosing Clervaux and Echternach. Future spaces will open in Esch-sur-Alzette and Belval to serve the employees resident in the south.

Currently around 30 people work in Clervaux and Echternach for two days a week, with 50 expected to join them when Belval opens.

The majority of the work can be done remotely, particularly telephone work and administrative duties. Manager Tessy Strotz said this had improved productivity in her own work, as her commute had reduced from an hour by train, to just 12 minutes to Clervaux. The work-life balance improvement has not only helped her efficiency at work but also her motivation.

The main seat of the Zukunftskees, including its counters and other services, will remain in the capital.

The co-working space project has been going on for a year, with positive reports - so positive, in fact, that another remote-working project is underway for the next year.