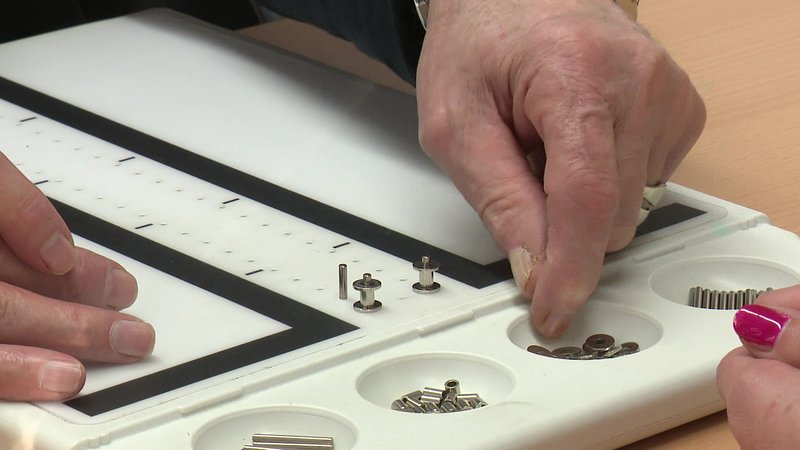 Around 1,000 to 1,200 people in Luxembourg are affected with Parkinson's, yet there remain many unanswered questions surrounding the disease, a nervous system disorder that progressively inhibits movement.

Because of the large number of questions that still prevail, a study was launched in Luxembourg during the spring of 2015. Hundreds of patients as well as healthy individuals participated to gather data to understand Parkinson's better, and to hopefully find a cure for the disease. Now, four years after the study began, researchers are able to provide the first round of results.

Roger Schweicher was diagnosed with the condition five years ago, and it was around the same time the he participated in this same study. Once a year he goes in for a check-up at the Parkinson's clinic: as it is a gradually progressing disease, it's important to keep tabs on how it develops within different people, hopefully to discover how to intervene successfully.

The check-up requires patients to describe their symptoms and general condition alongside being examined and having various faculties tested by a doctor.

Since the disease has caused tremors in Roger Schweicher, a common symptom, these tests can be quite challenging, especially when it comes to finer motor skills.

Men tend to be inflicted with Parkinson's more so than women, and usually after the age of 60 - although younger people can also be affected. In Luxembourg, estimated numbers of individuals suffering from the disease lie between 1,000 and 1,200. 800 of these are currently participating in the study, as are 800 "control" patients who will be examined as their healthy equivalent. And thanks to the data gathered throughout the last four years, the first round of results are already available. Researchers were thus able to make new findings in terms of gut bacteria: an imbalance here has lead to contact with an American company in order to find appropriate strategies together.

Even though the initial aim of the 1.600 patient study has been reached, there is still demand for further volunteers for more research. The more people involved, the larger the chance of finding special diagnoses and potential treatments for the variety of difference among those affected might be found.