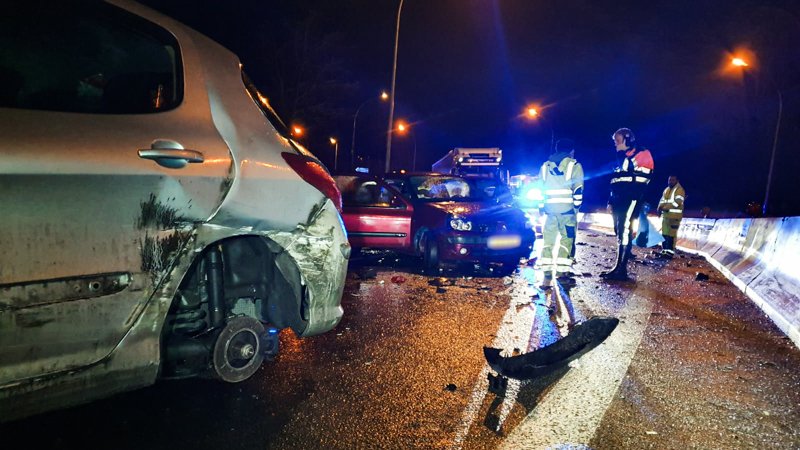 Just before 4 am on Saturday morning, an accident occurred at the end of the A13 near Foetz.

As it turns out, police had to deal with a number of drunk drivers on Saturday morning.

Two cars were involved in an incident just before 4 am on the A13 towards Esch-sur-Alzette, near Foetz. As the vehicles involved blocked both lanes, the authorities had to deal with traffic issues, cordoning off the scene of the accident and dealing with subsequent traffic issues.

According to the police report, calamity continued as officers dealt with the traffic issue. Another driver who, despite clear signalling on behalf of the officers, did not slow down, eventually crashed into one of the police cars, two other vehicles and finally the median strip. One officer escaped with his life only by jumping out of harm's way.

The road was closed until just after 6am, with emergency services onsite to tend to three individuals who sustained minor injuries.

Every driver embroiled in the morning's incident was found to be under the influence, as blood tests quickly proved. One of the drivers also tested positively for drug consumption.