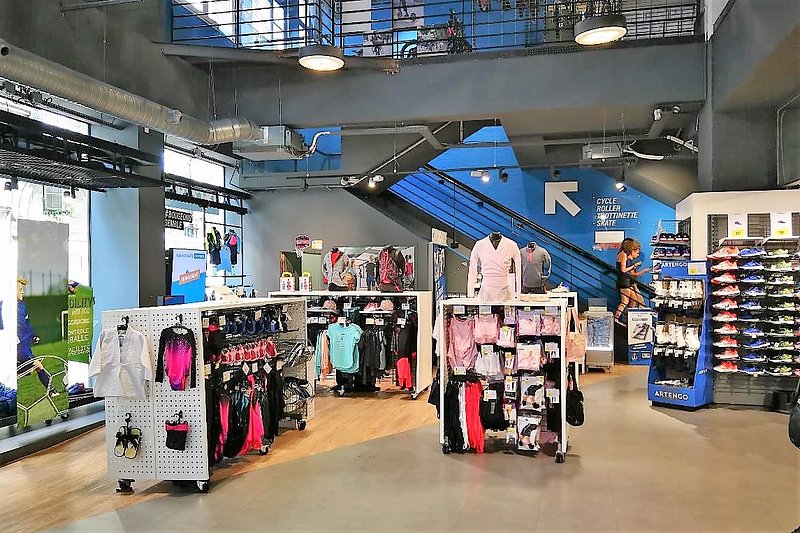 The French sporting equipment giant has opened its first store in Luxembourg, with customers no longer having to cross the borders into Belgium or France.

The Mulliez Group, which also owns Auchan, has chosen the Royal Hamilius for the location of its "City" store which it offers in city centres, the first having opened in the heart of Paris in late 2016.

Royal-Hamilius Decathlon will open during the first quarter of 2020, covering a 630 m²  surface area over two store levels.

Around Luxembourg, three large Decathlon stores are already present in Arlon, Thionville, and Longwy. The "City" format has already been implemented in many city centres across France, Spain and recently in Liège. Stefan Schins, Decathlon Development Manager, said the idea was to offer all of the brand's services of a city-based department store in a bespoke shop for all different sports.

The store would centre on service while being connected to the global network of Decathlon stores.

The press release announced the new shop would be an innovative, friendly and connected store, offering yoga classes, introductions to Crossfit, bike repair or snowshoeing. Customers will be able to order and pick up their products at the store or get products delivered to their home or office.

The introduction of Decathlon is a success for Codic as they gradually seek to fill the Royal Hamilius complex.

Thierry Behiels, CEO of Codic International, said arrival of international brands such as Galeries Lafayette, Fnac and today Decathlon sufficiently demonstrated the interest that Luxembourg arouses abroad, cementing the Grand Duchy as a destination of influence.