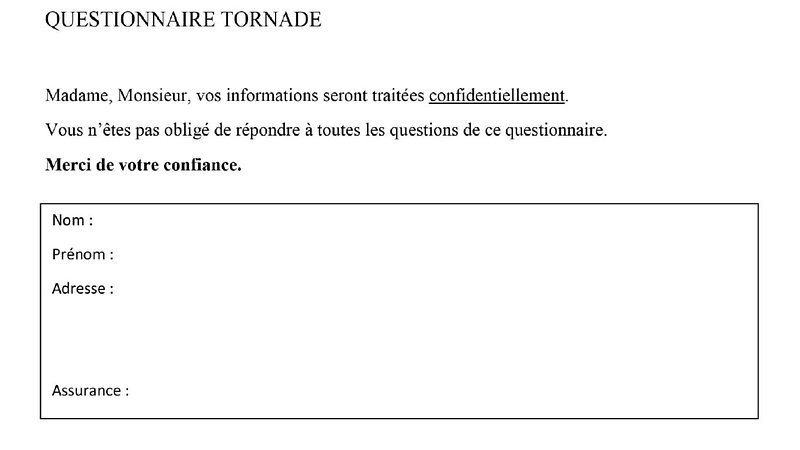 The municipality of Bascharage had provided an official warning on Friday after reports emerged that tornado victims were being approached by two individuals collecting information on the damage following the 9 August tornado.

Whilst the municipal authorities initially warned residents against the surveys, it transpired on Monday that a neighbours' initiative is behind the move. Neighbours affected by the tornado themselves decided to set up the initiative and have been approaching other residents with the survey to get a better overview of any ongoing issues.

The purpose of the initiative is to show the authorities that those affected are still having issues four months after the tornado struck.

In the press release published on Monday, the initiative highlighted that not everyone has been able to go to the municipality's meetings and the surveys provide a means to inform all those affected, especially the less mobile victims.

On Friday, the municipality had highlighted that the documents were not official municipal documents. The authorities had also announced they would provide more pamphlets with information on procedures to gain financial assistance. 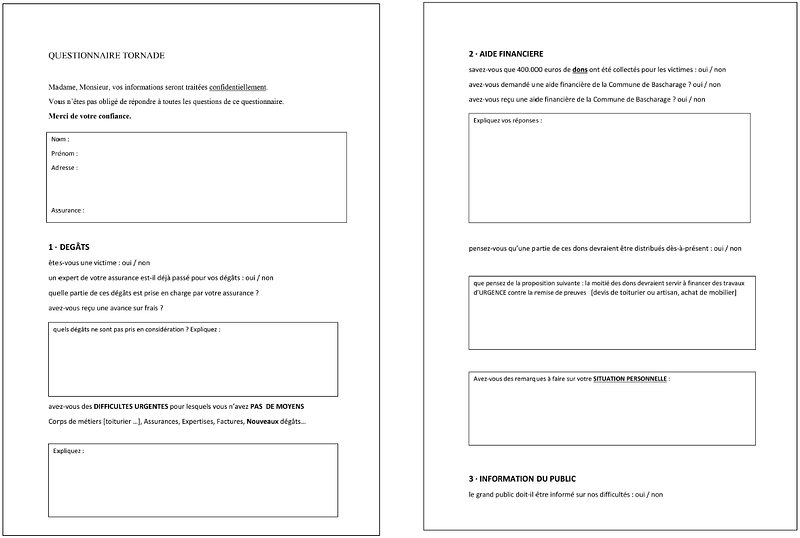