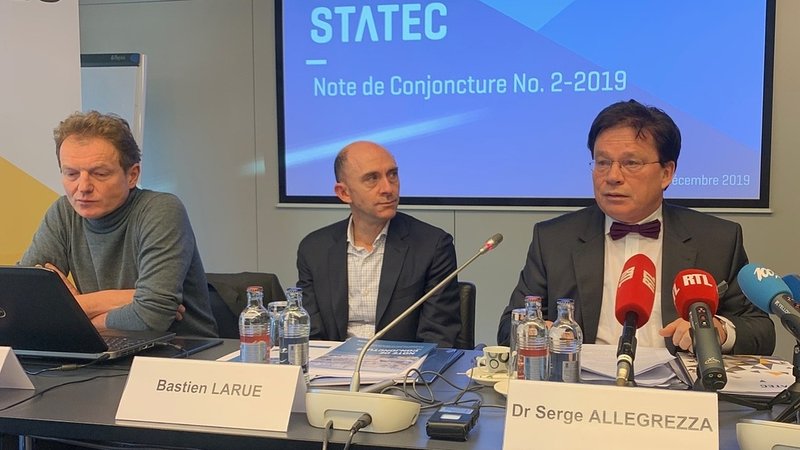 The statistics service expects growth to decrease to 2.4% in 2020.

2019 will, according to Statec's previsions, record a growth of 2.4%. The statistics service explained that the world's economy will slow down as it is reaching the limits of its capacities. The trade war triggered by the US also plays a role, argues Statec director Serge Allegrezza.

"If no agreement can be found, the stock markets may crash again. This has a negative impact not only on economic activity worldwide but also on Luxembourg," he explained.

These slowdowns will also trigger a decrease in state proceeds. Statec explained that there will still be room for investments and tax reforms but conceded that Luxembourg's politicians will have to take decisions.

The labour market will also be affected with less jobs being created next year.