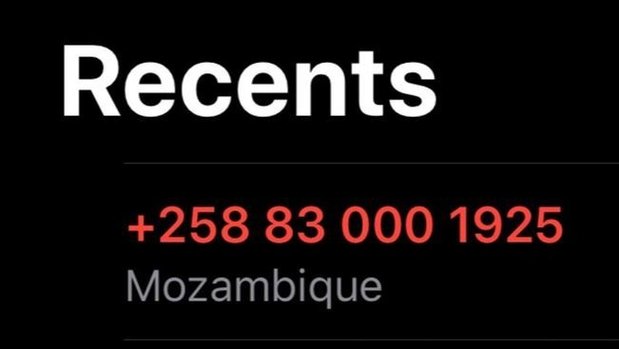 Authorities have advised never to ring an unknown international number as doing so will incur excessive costs as part of the scam.