Meteolux has issued a yellow weather warning, as citizens can expect sleet and snow throughout the day.

Since 10am this morning, the rain has been slowly but steadily advancing from France. It is said to descend as sleet and snow in the Minett and Gutland regions first. The Moselle area only witnessed rain.

Throughout the afternoon clouds will travel north, with snow even potentially reaching the valleys. About 2-5cm snow is expected, a number which rises to 6-8cm for the north and south east corners of the country. Meanwhile, Sunday temperatures lie between 0 and 3°C, and roads risk being icy.

The rain will slowly abate throughout the night, however as it does so, temperatures will drop, averaging out between -1 and -4°C. The wet weather and cold temperatures mean drivers should be vigilant of icy roads. 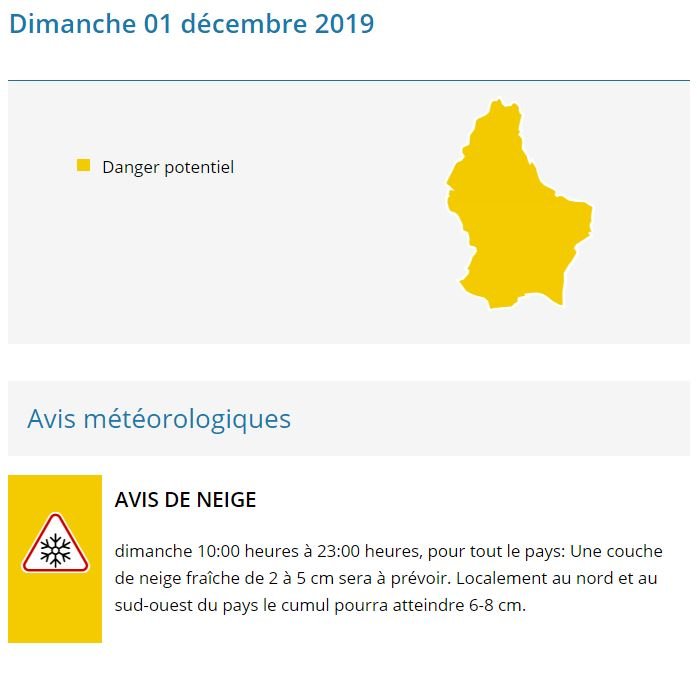 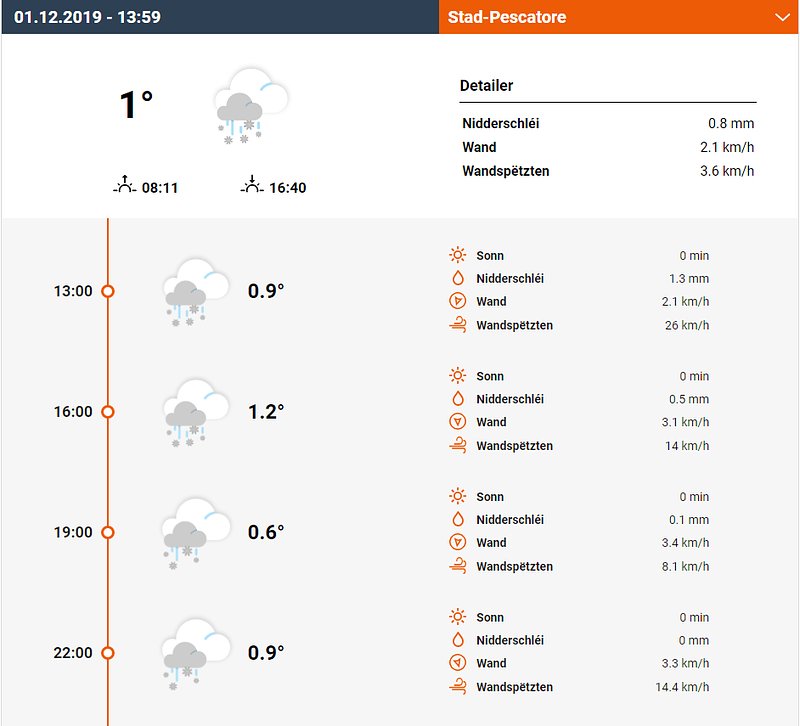