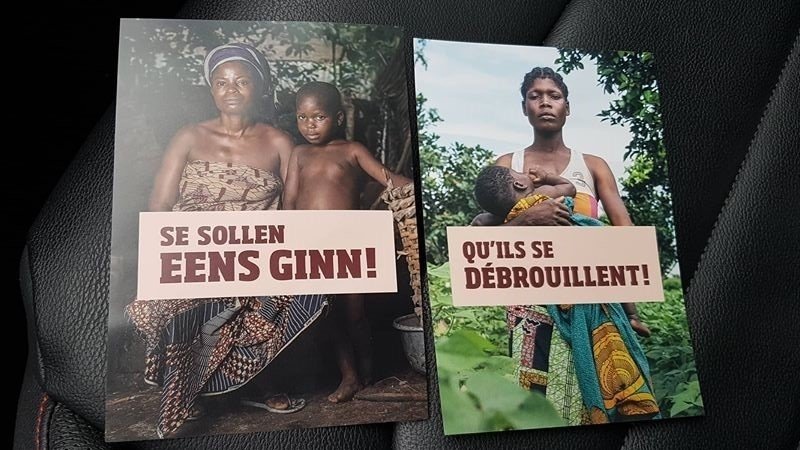 Luxembourg's SOS Hunger NGO have shed light on their campaign that had caused quite the stir in Luxembourg last week.

Last week, the NGO circulated flyers and placards depicting African men, women, and children. The flyers contained what appeared to be racist messages.

The NGO said they were happy that Luxembourg's citizens had reacted with outrage to the seemingly racist flyers. Their reaction showed, SOS Hunger argued, that the general population does not tolerate such racist or xenophobic messages. They went on to explain that that it had been a conscious decision to trigger controversy. The initiative allowed them to raise awareness and make clear that large numbers of people in Africa are still unable to fend for themselves because they lack the means.

They added that the controversial slogan ("Let them manage") aimed at the abolishment of the idea that the African continent is entirely dependent on Europe. The NGO argued that people in Africa need to be given the chance to determine their lives autonomously. An important step in that direction is to recognise their right to water, land, and financing.

The old flyers are now substituted by new placards that explain the message and concept of the NGO. On Tuesday morning, SOS Hunger stressed that they had worked as authentically as possible. The people depicted on their flyers were for example photographed in Benin and had agreed to become the faces of the campaign.

The campaign was brought to life in cooperation with communication agency Comed and cost €65,000.