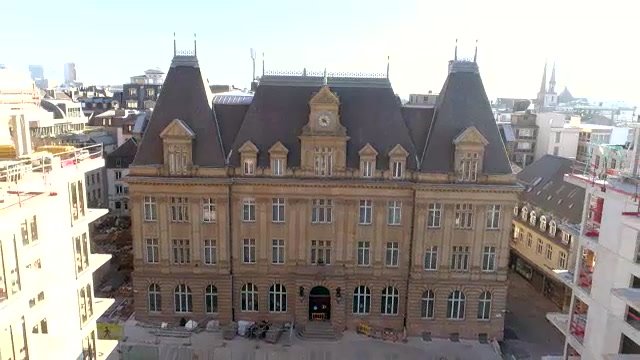 The building which once housed the Post Office on Rue Aldringen is a piece of Luxembourg's history, but has stood empty for the last two years in the shadow of the Royal Hamilius renovation project.

The city's mayor Lydie Polfer said on Monday that the building belongs to the Post, not the City of Luxembourg, and that the former's potential plans for the building do not quite match the vision held by the city council.

The council's idea consists of keeping at least a portion of the historical building to function as a hotel. According to Polfer, this could still take place, but would not be confirmed until the Post's plans for the building have been finalised. However, the mayor remained optimistic that whatever project takes place will breathe new life into the city.

In 2017, the Post's general management moved to the new Mercier building on Rue de Reims, bringing individual administration teams under one roof. However, the move is provisional - in three years the company will move to a new building on Rue d’Épernay, where they will demolish one of their existing buildings.