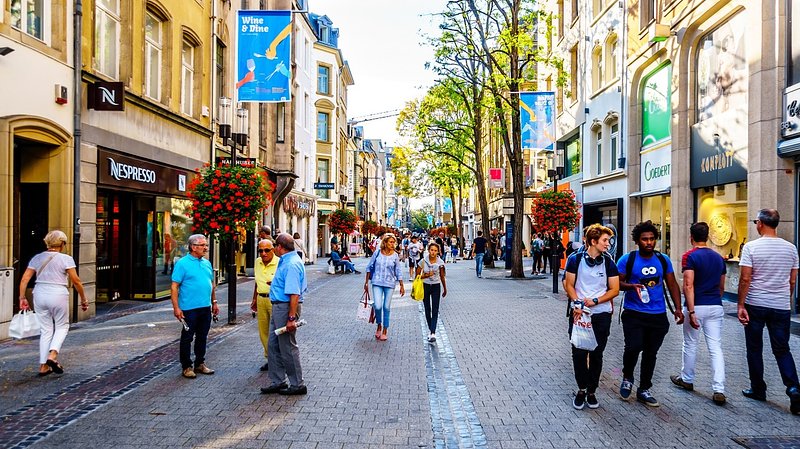 A research firm has calculated the average cost of renting business space in the cities of the world. The main shopping street in the Luxembourg capital is one of the 30 most expensive areas in the world.

Although the city centre is in the midst of a transformation while the Royal Hamilius shopping centre is under construction, Grand-Rue remains the main shopping street for the capital. It just so happens to be the 26th most expensive street in the world.

In their 2019 study, Cushman & Wakefield, commercial real estate specialists, estimated that the rent of a commercial plot on Grand-Rue amounted to €1,920 per square metre per year. Or, for a relatively small store, covering an area of ​​45 square metres, annual costs were estimated to reach €86,400.

The firm noted that the Grand-Rue has dropped four places compared to 2018, as traditional shopping districts have slowed down compared to shopping centres, whose new openings (Cloche d'Or, Royal-Hamilius) have absorbed most rental applications. The completion of the Royal Hamilius project should, however, go some way towards reviving the market. The most expensive streets in the world are in Hong Kong (€25,000 per sqm for Causeway Bay), New York (€21,000 per sqm on Upper 5th Avenue) and London (€16,000 per sqm on New Bond Street). The Champs Elysées in Paris ranked 4th (more than €13,000 per sqm).