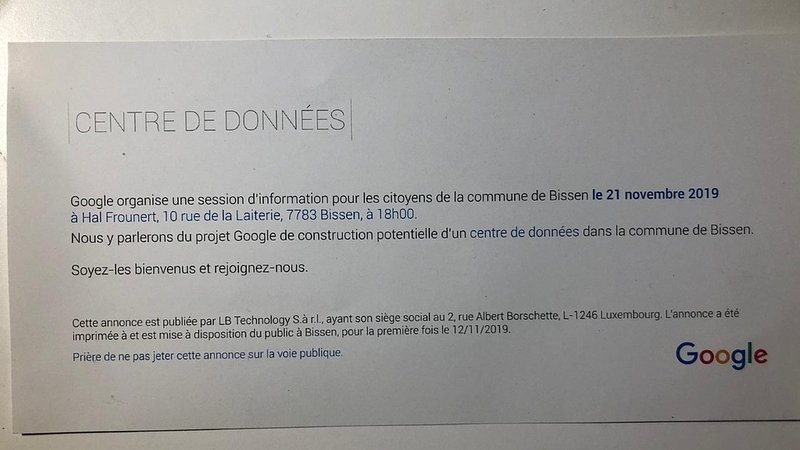 On Monday, residents in Bissen and the surrounding area received invitations from Google for an information session.

The US company has not announced anything substantial, but invited residents to a meeting to discuss the "potential construction" of a data centre.

A previous vote on the reclassification of the land proposed for the data centre was met with controversy, leading to former mayor Jos Schummer's resignation. After several other aldermen resigned, the council has undergone changes and is now led by mayor David Viaggi.

The information meeting will take place on 21 November at 6pm, at the Hal Frounert in Bissen.