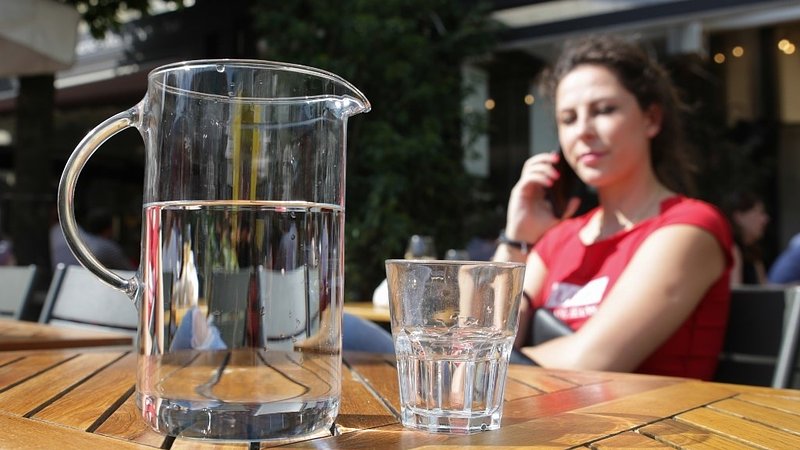 A public debate will take place on Tuesday afternoon concerning petition 1319, which tackled the topic of tap water becoming easily available for customers in the food service industry.

The petition, organised by Refill Lëtzebuerg, closed on 30 August with 5,114 signatures - enough for it to become the topic of a public debate in the Chamber of Deputies.

Petitioner David Kieffer wrote that although the tap water in the Grand Duchy was of excellent quality, millions of plastic and glass bottles were disposed of each year, not to mention the effects and costs of transporting bottled water in and around the country. Allowing tap water to become readily available to customers in restaurants and cafés would not only reduce costs, but also the effect on the environment.

Opinion - Chahmerian/Jonsson: Why free tap water should be a given

In France, the right to free tap water in eateries has long been part of a legal obligation, costed alongside necessities such as glassware, cutlery and bread since 1967. In other countries such as Italy, restaurant bills typically add a few euros to cover bread and cutlery, which also covers tap water, while others, such as Austria, will charge for it. In the UK, licensed establishments serving alcohol, such as restaurants or pubs, are under legal obligation to offer free tap water.

Many restaurants will now offer filtered water at a cheaper price point than bottled mineral water.

Where to find the 26 water fountains in Luxembourg City

François Koepp, the general secretary of Horesca (National Federation of Hoteliers, Restaurateurs and Cafetiers), said he did not believe that free tap water was part of the traditional Luxembourgish culture, claiming few people requested it and few restaurants refused it.

Koepp also claimed a carafe of tap water for each table would decrease business turnover as restaurateurs would bear the cost of implementing the practice. He also called into question the quality of the water, asking who would be responsible if there was an issue, water supplier or restaurateur?

The debate will take place at 2pm on Tuesday afternoon.