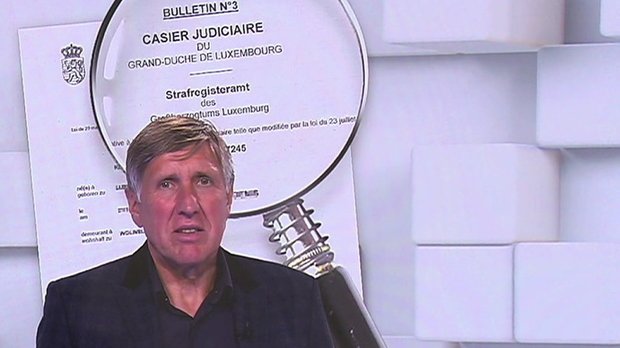 The police and justice databases need improved organisation and control. The process to correct this will continue until Christmas.

Minister for Internal Security François Bausch said on Wednesday that a new framework would be developed and implemented by next summer after meetings with all responsible parliamentary committees. The minister added they would be inspired by their Belgian counterparts.

According to Bausch it is now the Chamber's turn to clear up the political question; however, he also said it was the role of the police to make the consequences of political decisions on their daily work known to politicians.

Topics to be decided over the next months will cover which people and how many will have access to the database, how citizens can discover who can fall back on their data, how long data will be kept on the database, and when data will be archived.

CSV MP Laurent Mosar asked if there was any sense in archiving the information, particularly in the case of criminal records. The opposition were generally of the view that many questions were yet to be answered.

The overarching question is how to successfully amalgamate data protection and efficient police- and justice work under one umbrella.

Bausch told MPs on Thursday there was a list with 62 files - this was delivered to members of the parliamentary committee on internal security to check for themselves. Bausch said he did not want conclusions drawn from individual files and recommended MPs take their time examining the list. One example given by Bausch is a file concerning camera surveillance in the Luxembourg hospital centre. He clarified that there is no CCTV in the hospital, only just in one cell.

It was important to draw a distinction between the so-called "Fichier Central" central database and general records kept by the police. There are records worked on by just 12-15 investigating officers, with no one else allowed access. However, rules are now required to define how long such records can be kept on file and who would be allowed access.

The CSV opposition has raised concern over files kept for minors, particularly those who had not carried out criminal activity, said Gilles Roth. He cited examples of 12 or 13 year old who had run away from home, which are then documented by the police and can carry consequences for the young adults later in life. This was said to violate human rights. The CSV were not content with the proposals to look at what needed to be changed when handling such files.

Minister Bausch acknowledged these concerns and agreed the protection of minors' data needed to be a main focus. He said they would look to neighbouring countries for guidance on how to implement the new rules.

A further meeting will take place next week, where MPs can pose more specific questions regarding the 62 files.