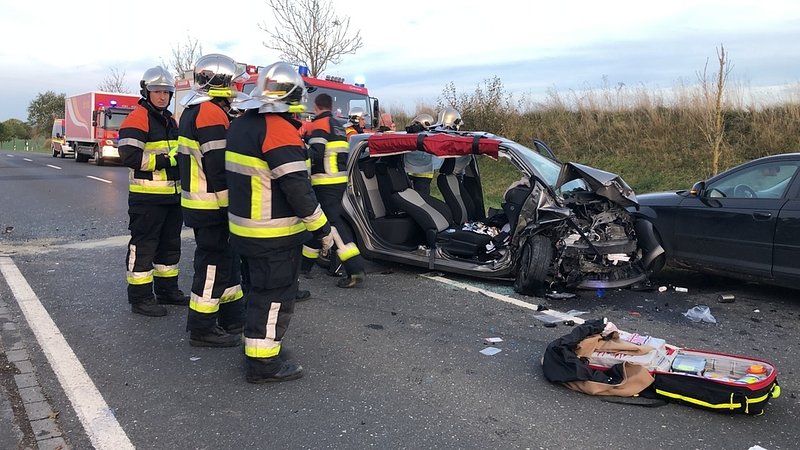 A serious road accident occurred between Antoniushaff and Lentzweiler early on Tuesday evening at 5.30 pm.

One motorist crashed into a second car, although the cause of the collision remains to be determined. The impact of the collision pushed the driver responsible for the crash into oncoming traffic, where he ended up smashing into another vehicle.

A total of three cars were involved in the accident, requiring the intervention of a rescue helicopter. The three individuals involved needed to go to hospital, one of whom was more seriously injured. The accident caused the closure of the N18 whilst emergency services attended to the victims and cleared the site.

Two platoon leaders, a doctor, 17 firefighters from Clervaux and Wincrange, two ambulances, first responders, the police, and the roads and bridges authority were at the scene.

Also in the emergency services bulletin were reports of further accidents. One person sustained light injuries after two cars collided on Rue Pierre Gansen in Niederkorn at 8 pm.

Another collision took place at 8.20 pm at the tunnel by the Millen roundabout in Petange. Two people were injured.

There were two incidents of cars burning on Tuesday night: one caught fire on Rue de l'Electricité in Belvaux at 8 pm. There were no injuries. The second fire occurred at 1 am on Wednesday, at the Charles de Gaulle roundabout in Esch-sur-Alzette. Again, there was only material damage.