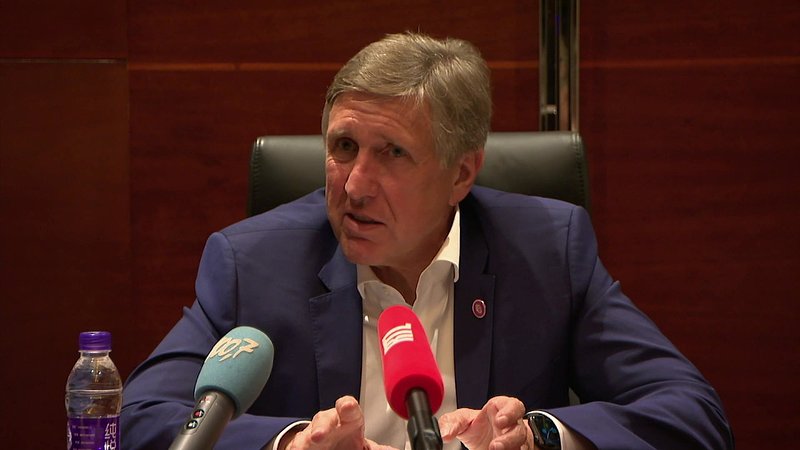 During his working visit in China, Deputy Prime Minister François Bausch has outlined the appeal of the Chinese market to Luxembourgish firms. Alongside a meet and greet with some very fluffy individuals, of course.

Luxembourg hopes to further develop its links to China in the domains of logistics and freight transport, areas which will involve individual businesses, but require support and assistance from the political sphere.
The political involvement stems from the fact that China places a lot of value on personal relationships and the economy is broadly controlled by politics. Without a political agreement, a trade deal is not likely to happen and in order to get the aforementioned agreement, the Chinese require meeting with their political counterparts. This is why Deputy Prime Minister and Minister for Mobility and Public Works Francois Bausch has been in China on his working visit, namely to help forge these relations.

Chengdu, which is where a freight train destined for Bettembourg left from on Saturday, is a central location in China. Cargolux especially sees the potential of Chengdu as a new Chinese destination given the city's economic and logistical connections. To that end, Bausch and other representatives met with local counterparts to discuss future relations. The potential of developing links with Chengdu is already visible through the fact that a new airport is being built, which would make Chengdu the third Chinese city with two airports, coming in behind Shanghai and Beijing.

In order to work on strengthening personal relationships, Bausch met with the governor and party secretary of the Sichaun province on Saturday evening. The rather formal affair is fundamental to building future trade relations in China.

Speaking to our colleagues at RTL Radio, Bausch was unable to avoid questions concerning non-existent freedom of expression in China as well as human rights issues. The minister remained convinced hat China will adapt to European standards through the growing socio-economic development. He also added that he was impressed by the motivation shown by the Chinese people he had met.

Ahead of the official meeting, Bausch was also able to visit the ancient Dujiangyan irrigation system, built 2,300 years ago. The system continues to protect the area from flooding and ensures sufficient amounts of water for surrounding fields.

Meet and Greet with Chinese pandas

On the third day of his visit, the Deputy Prime Minister also took the opportunity to visit a Chinese native, namely pandas at the Dujiangyan Conservation and Research Center for the Giant Panda. Some 38 pandas are in residence at the centre and initiatives like the conservation centre's one have ensured that panda populations have risen over the past few years. Pandas in the wild are above all endangered by the destruction of their habitat.