It is fair to say that the second day of the Belgian royal couple's visit was an eventful one, having a busy agenda and then being interrupted by a false alarm of an evacuation.

Belgium's Queen Mathilde and Luxembourg's Hereditary Grand Duchess Stephanie flocked to Belval in the morning on Wednesday and visited the new university library. The two royals were shown around the site and received explanations about its history - and future.

Grand Duke Henri and King Philippe also had a busy Wednesday morning. They visited Herrenberg, the headquarters of the Luxembourg military. This royal visit was a first for the Grand Duchy's army, which had never been visited by a head of state before. A ceremony was held to commemorate the soldiers who had died after 48kg grenade exploded in the military camp at Waldhof in February.

Bomb disposal is one of the areas were Luxembourg and Belgium are known to collaborate regularly. The two countries also join financial efforts when it comes to satellite communication and purchasing military material. On a side note, Luxembourg's army chief and King Philippe went to the same military school in Brussels in the early 1980s, it transpires.

Day two of the royal visit continued with a trip to the SES satellite operator in Betzdorf, the Neumünster Abbey in the Grund, and the Philharmonie concert hall. Belgium and Luxembourg hope to collaborate in terms of space exploration and the exploitation of space resources. During the presentation on space resources, a false alarm sounded and attendees were forced to evacuate the hall briefly.

In the context of cooperation, it is also worth mentioning Wallonia's chief minister Elio de Rupo announcement of a new partnership between the University of Liege and the Luxembourg Institute of Science and Technology (LIST), which officially started on Wednesday.

The film sector also benefits from the cooperation between the two countries. An abundance of co-productions has made it to the big screen in the last 10 years. According to Pierre-Yves Jeholet of the Wallonia-Brussels federation, these films were a joint artistic and commercial success.

To make TV collaborations with our Belgian neighbours more frequent, a convention with Luxembourg's film fund was signed on Tuesday.

It was with a sense of humour that Grand Duke Henri addressed the time it takes to travel from Brussels to Luxembourg by train. A direct solution to this problem is not yet on the horizon, as PM Xavier Bettel also confirmed on Wednesday. 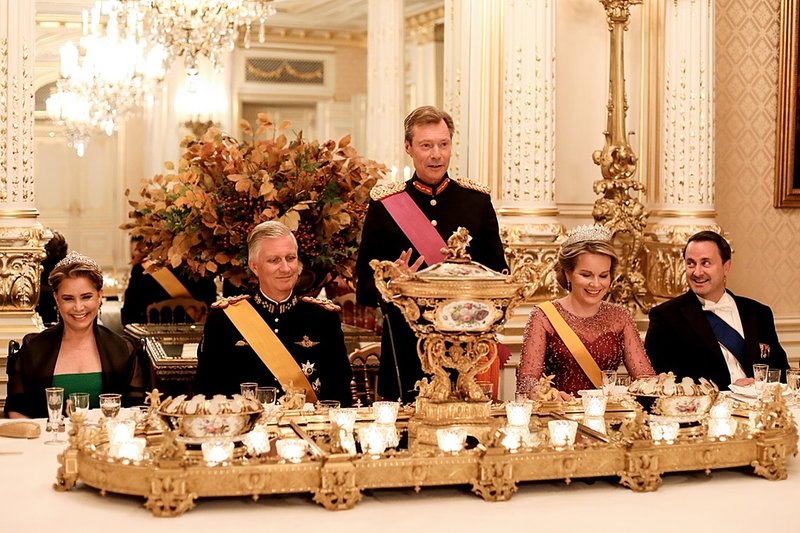 The second day of the visit came to an end with an evening at the Philharmonie concert hall in Kirchberg at the invitation of the Belgian guests. The renowned Chapelle Musicale Reine Elisabeth gave a concert for the 800 guests.