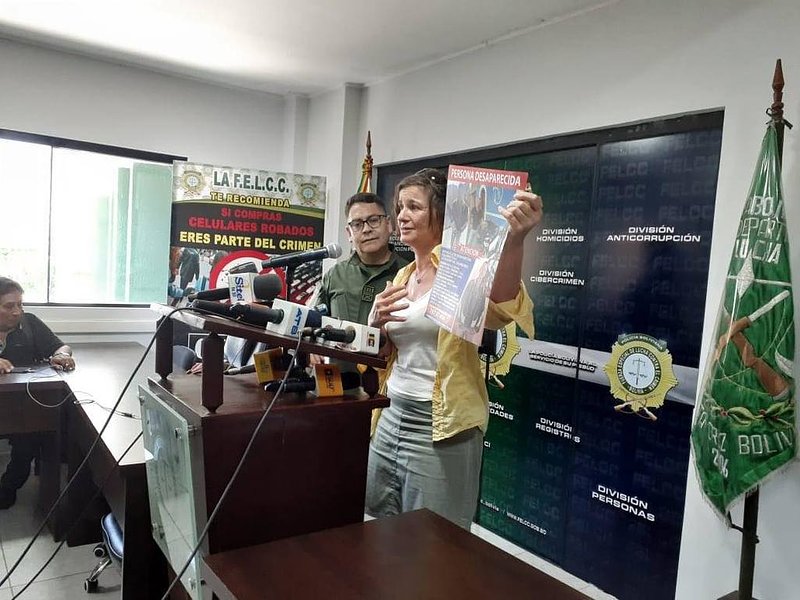 The sister of the Luxembourgish motorcyclist who disappeared in Bolivia in June held a press conference with Bolivian authorities.

Last Friday, Catherine Holzem appealed to the Bolivian public at a press conference that brought together the country's influential media outlets and authorities.

She implored Bolivian people to help her find her brother. In broken Spanish, she continued that Nicolas’ last known location was found through a friend of a friend living in La Paz, proving that public help was invaluable.

The Luxembourger disappeared last June while travelling through Latin America on a motorcycle. According to the investigation, Holzem passed Cusco before entering Bolivia, then passing through Coroico, and, according to a recent testimony, via Santa Cruz.

A representative of the Bolivian authorities then explained that they had been able to place him in Coroico where he had announced his plans to travel towards Argentina or Brazil via Santa Cruz.

He then added that a witness statement from the previous day allowed them to confirm that Holzem had carried out repairs on his bike in their county (Santa Cruz de la Sierra).

Encouraging news for the Bolivian authorities since in this testimony, it is stated that Nicolas had "gone south" towards Argentina. Despite chances being slim, Catherine Holzem remains hopeful of finding her brother. This conference marks her second trip to Bolivia to help "move things along", and if it seems like something finally seems to be stirring, it's not doing so in Luxembourg.

Catherine Holzem declared that so far, she had received no news from the Grand Duchy this Friday past, which is why authorities were involved at the press conference: so that Catherine's voice would resonate not only across Bolivia, but also Luxembourg and Poland.

On Monday morning, Catherine then re-confirmed to RTL that no contact was made with her or the local authorities. However, in a letter dated back to the 7 October, the Grand-Ducal Cabinet assured that the Ministry of Foreign Affairs had been brought in to ensure that Luxembourgish authorities would do all that they could to find Nicolas Holzem.