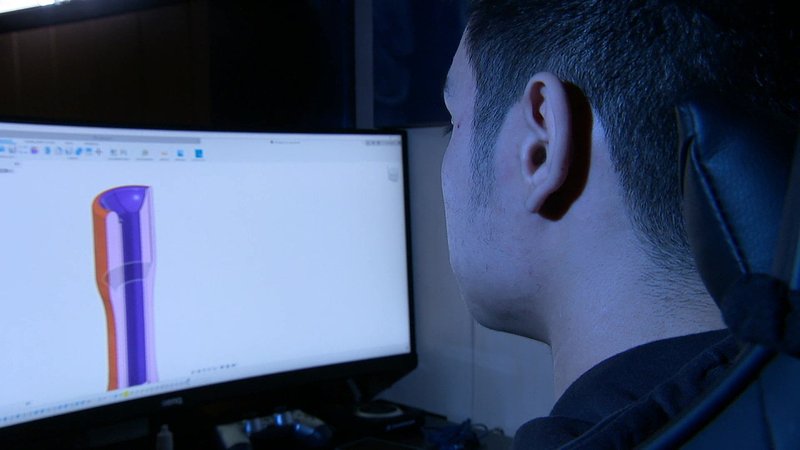 It appears the increasing diagnoses of narcolepsy, a sleep disorder, is linked to the swine flu vaccine in Europe.

The swine flu pandemic ended by June 2010, but lasted 15 months and saw 15,000 people succumb to the illness around the world.

In the aftermath of the swine flu, questions arose concerning whether the reaction to the virus was exaggerated and a 'cry wolf' situation, what role pharmaceutical companies played in the massive campaign for vaccines, and more. After all, a seasonal flu can have between 250,000 and 500,000 fatalities.

Given the hysteria around the swine flu, the health sector searched for a quick vaccination material. The Pandemrix vaccine was sold 400 million times in Europe, bringing pharmaceutical firm GlaxoSmithKline around €900 million into its coffers. However, now it appears that the vaccine may have caused a rare side effect, with around 1,300 individuals being diagnosed with narcolepsy after having the vaccine. There are three such cases in Luxembourg.

Luxembourg's health authorities have since insisted that the 2009 vaccine was a unique scenario and unrelated to the normal flu vaccine. However, the credibility of the World Health Organisation has been questioned. A European Council commission has been charged to investigate whether the WHO was influenced in its decision to recommend the Pandemrix vaccine.

What do we know?

By the end of 2009, authorities noticed an increase in narcolepsy diagnoses, primarily in northern countries. Narcolepsy is a rare sleep disorder which can have a severe impact on the lives of those diagnosed. At the beginning of 2010, health authorities documented 170 new cases of narcolepsy, mainly affecting teenagers. All the affected individuals had been vaccinated against influenza A H1N1.

Ten years later, the connection between the vaccine and the disorder has been found and is no longer contested.

By now there have been 1,300 documented cases  of individuals being diagnosed with narcolepsy after getting the vaccine in Europe. Those affected in many countries, namely Sweden, Finland, the United Kingdom, and Germany, have received compensation. The phenomenon causing narcolepsy after the vaccine is incredibly rare, requiring specific vaccine materials and a specific genetic disposition.

Five different vaccine materials were developed against the virus in Europe. Luxembourg has predominantly purchased the Pandemrix© vaccine from the British company GlaxoSmithKline. Already in 2019, the vaccine was mixed with a controversial additive designed to make the vaccine stronger.

Ten years later, we now know that the vaccine material itself did not trigger narcolepsy in those individuals with a specific genetic makeup, but the additive did. The additive did not only strengthen the vaccine, but also its side effects. 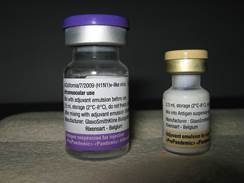 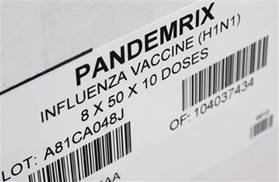 Dr Margaret Chan, then WHO Director-Genera, raised the WHO's alert to its highest level, phase six, on 11 June 2009 after 30,000 cases had been reported in 74 countries. Two months later, the WHO lowered the alert to moderate, but continued its general plan to introduce a vaccine against the virus. Luxembourg continued to vaccinate its residents until the end of October.

Luxembourg purchased 700,000 doses and only used 45,000, all for a cost of €2.5 million. Only 40,000 Luxembourgers opted to get the vaccine. Once the pandemic was declared over, Luxembourg did not complete its order for the final third of doses not yet delivered, and did not have to pay for these final doses. As for remaining doses, some were made available to countries that could not afford to purchase the vaccine.

The WHO subject to criticism

The WHO commission which declared a pandemic has since come under fire. Was there a conflict of interest in the decision? Former MP Jean Huss, who helped found Luxembourg's Green Party, believes this was the case, pointing out that a number of advisors in the WHO commission owned laboratories that developed the vaccines in question.

Then-Minister of Health Mars di Bartolomeo explained that at the time, he was adamantly against the fact that each country was individually advised to order vaccines and instead recommends a communal approach in the event of a similar pandemic. Contracts with pharmaceutical countries, di Bartolomeo said, should be handled in a different way.

Huss stressed the lack of accountability in having so many countries pay so much for a vaccine against a virus ultimately downgraded from his its pandemic status. He reiterated that the names of those who decided to declare a pandemic remain unknown, a feat absolutely unacceptable in situations where conflicts of interest could arise.