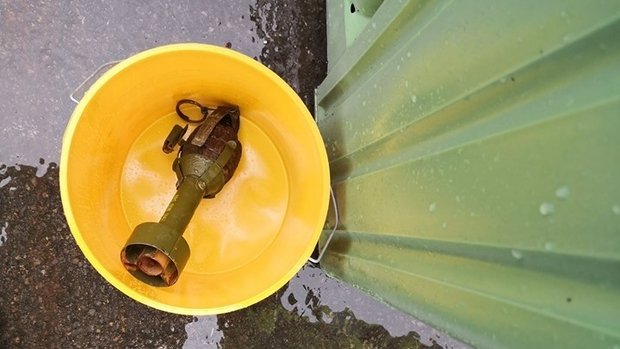 The Schifflange recycling centre had to close temporarily on Wednesday in order to allow the army's bomb disposal unit to dismantle a working grenade found onsite.

As SIVEC announced on Facebook, it had to deal with a rather extraordinary incident on Wednesday. A working grenade was found at the centre, requiring the intervention of the army's bomb disposal unit. Once the grenade had been defused and removed, the recycling centre was able to open as normal.

In a reminder which we would think would be obvious, but is sadly not the case, SIVEC wrote that it is strictly forbidden from disposing of grenades or other weapons at the centre. If you find a grenade or other unexploded device, contact the police or the army's bomb disposal unit (SEDAL - service deminage).