An explosion was heard at Euro-Composites's site in Echternach at 12.30 pm on Tuesday, followed shortly by smoke emerging from the site.

Dark plumes of smoke were reported in the immediate vicinity after the initial explosion, with reports showing the smoke billowed in the direction of the German border. The first units at the scene were Euro-Composite firefighters and the Echternach fire brigade. The fire broke out in a 2,000 square metre warehouse.

The CGDIS drone shows two concentrated fire spots within the site. / © Domingos Oliveira
© Anne Guirlinger
© Radosław Przybył
© CGDIS
The photos published on this site are subject to copyright and may not be copied, modified, or sold without the prior permission of the owner of the site in question.

Once firefighters evacuated employees, their priority turned to preventing the fire from spreading to other buildings. The Grand Ducal Fire and Rescue Corps also issued an alert via the GouvAlert app to warn residents to keep doors and windows closed due to the heavy smoke. The authorities also informed the German authorities of the fire. 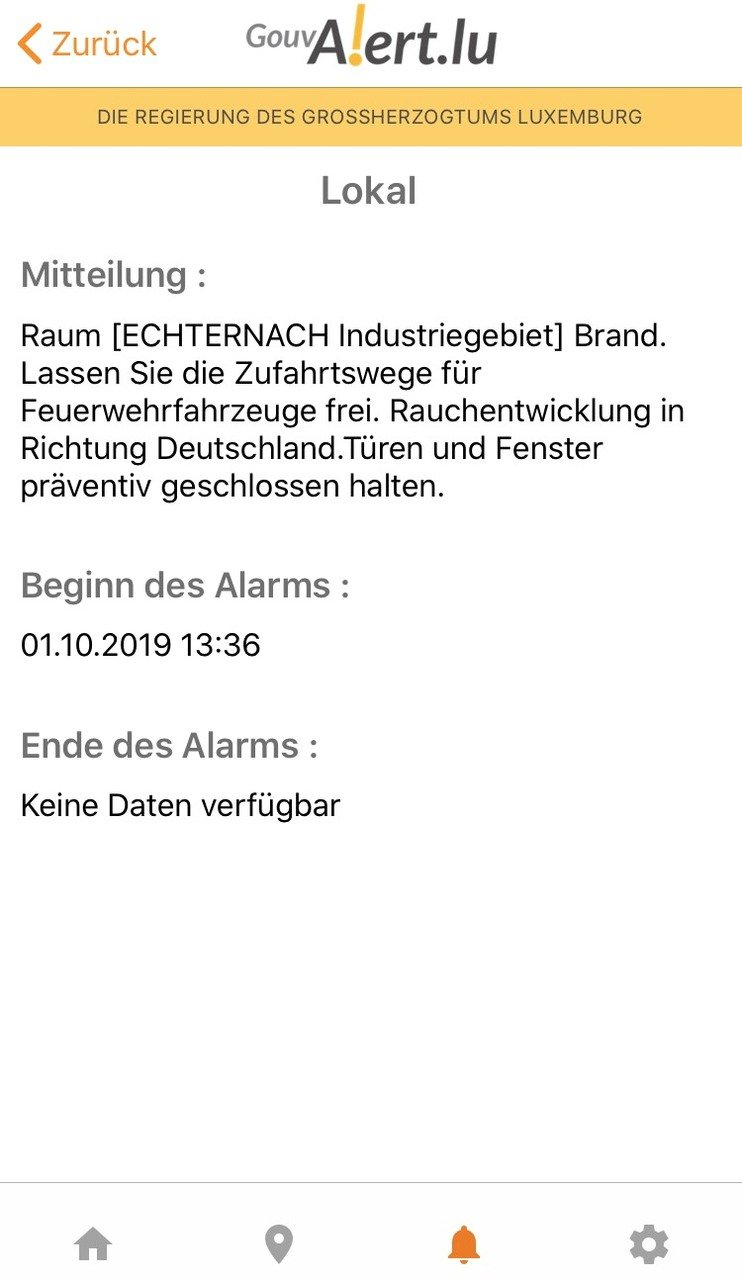 By 3.30pm, the operation’s commander confirmed that the fire was under control, but it could take several hours before the fire was fully extinguished. Firefighters also remained at the scene to ensure the fire would not break out again at any point.

A total of 100 firefighters from ten separate brigades tackled the fire. Due to the response required, the CGDIS positioned volunteers from four brigades at their fire stations to respond to other incidents in the east of the country.

Alongside firefighters, Water Management Agency officials were at the scene to report any water pollution.

As confirmed on Tuesday evening, the extinguishing works caused heavy pollution in the Sûre river in the area surrounding Echternach due to the extinguishing water flowing into the river. The Water Management Agency alerted the German authorities to protect the Moselle and Saar rivers.

The two bodies will work together closely alongside the CGDIS to get the issue resolved. Already, they have set up barrages in the Sûre to contain the foam and chemical components. The authorities are working to keep the impact on nature as minimal as possible.

A fire broke out in a shopping centre in Foetz at 7.15 pm on Tuesday, as reported by the CGDIS on Wednesday morning. One person was injured. Kayl, Mondercange and Schifflange fire brigades were at the scene alongside two ambulances and first responders.