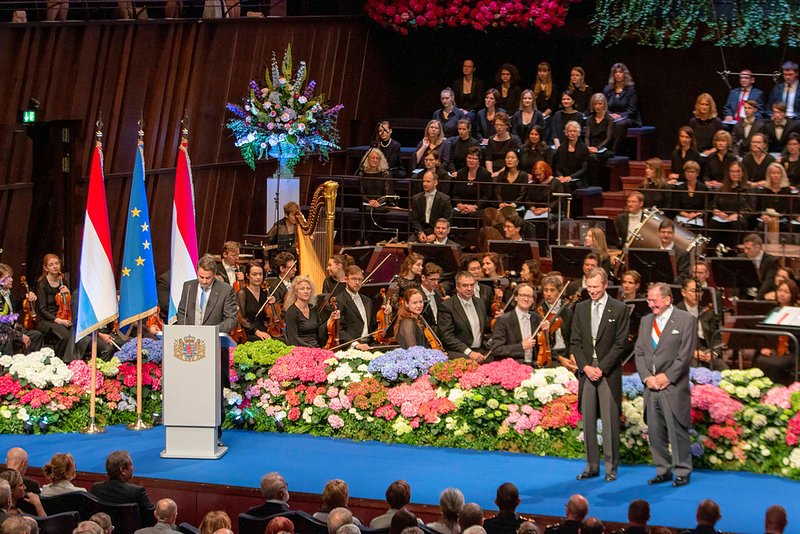 In 2018, the police screened members of the public seeking to be present at the National Day ceremony at the Philharmonie. The practice caused controversy earlier this year in the affair concerning secret police records.

The government confirmed in July that the members of the public invited to the ceremony in 2018 had been screened, a precaution made necessary by the presence of high-profile guests, such as foreign dignitaries and the Grand Ducal family. Notably, the police consulted their central database in the screening.

Faced with a question submitted by MPs Laurent Mosar and Gilles Roth (CSV), ministers Xavier Bettel, Jean Asselborn, and Francois Bausch confirmed that the police did not carry out these checks at the 2019 ceremony due to the 'legal uncertainty which arose surrounding the legality of the screenings.'

This change ended a practice which occurred for five consecutive years. The ministers highlighted that the exchange of information had taken place over an informal letter, a procedure which has since been slammed as lacking framework.

Whilst the screening may have been put on hold, it remains unclear how many individuals were barred from attending the ceremony. The government confirmed that the police did not keep any lists established as a result of these background checks. The only thing made certain is that the entirety of members of the public hoping to attend the ceremony was screened, with only official guests being excluded. The government confirmed its intent to develop the improvement of the system and make it more transparent.