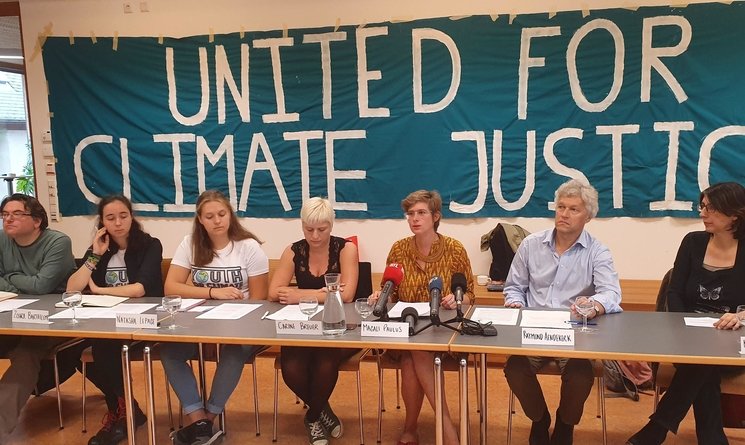 Youth for Climate and a number of other organisations will be organising events from 20 to 27 September as part of the global "United for Climate Justice" movement.

Together, all associations involved hope to raise awareness of the consequences of climate change. They presented some details to the press on Tuesday.

NGOs, unions, and other organisations have come together under the umbrella "United for Climate Justice" and have two demands. One, the government should declare a climate emergency and allow for consequences on the environment to factor into all decisions. Two, the government should establish a so-called climate justice which works between generations, between the northern and southern hemispheres, and between the rich and the poor.

An example of this climate justice cited at the conference would be to establish funds to help those who will feel the greater impact of climate change in the near future.

The week of climate protests coincides with other demonstrations organised worldwide. In Luxembourg it will start with a student strike on Friday 20 September and end a week later with a general strike.

After the week of action, the organisations involved in United for Climate Justice will organise further events in January and spring next year.