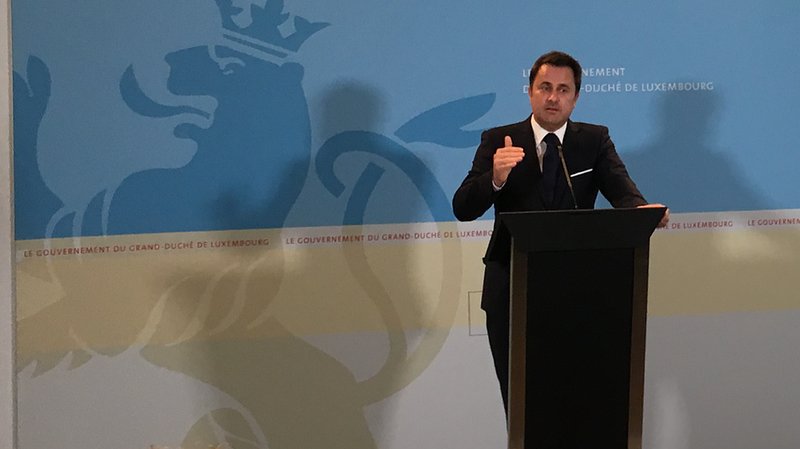 Prime Minister Xavier Bettel provided a short update on the condition of Deputy Prime Minister Felix Braz, who continues to be monitored in hospital, and his take on Brexit negotiations after the latest government council meeting.

Bettel addressed the press with mixed feelings, given the items on the agenda involved the exciting news of Nicolas Schmit's European Commission appointment, alongside further concerns about the condition of Felix Braz, who suffered a heart attack several weeks ago.

The prime minister told the press he had heard that Johnson is hoping to get in touch with him over the course of the next few days to convince him 'why a new extension or a new deal is needed urgently ahead of 31 October'. He highlighted the latter point, as he reminded the press that Johnson's policy is not to get an extension, but to get a new deal. The prime minister took issue with all the speculation, highlighting his preference for written commitments rather than spoken promises.

Finally, Bettel conceded that if there were a cause for a new delay, that extension could be negotiated. However, as it stands, there is no reason for a delay and the withdrawal agreement negotiated by Theresa May is the only deal on the table.

Asked for an update on his colleague, Deputy Prime Minister and Minister of Justice Felix Braz, the prime minister highlighted that the government is awaiting diagnoses from the doctors taking care of Braz. The government is unable to decide how to proceed without this information from medical professionals.

Currently, doctors are continuing to examine Braz's condition this week and are expected to do so next week as well. Bettel assured the press that once the government has more information, it will communicate any updates. For now, there is neither positive or negative news concerning Braz's condition.