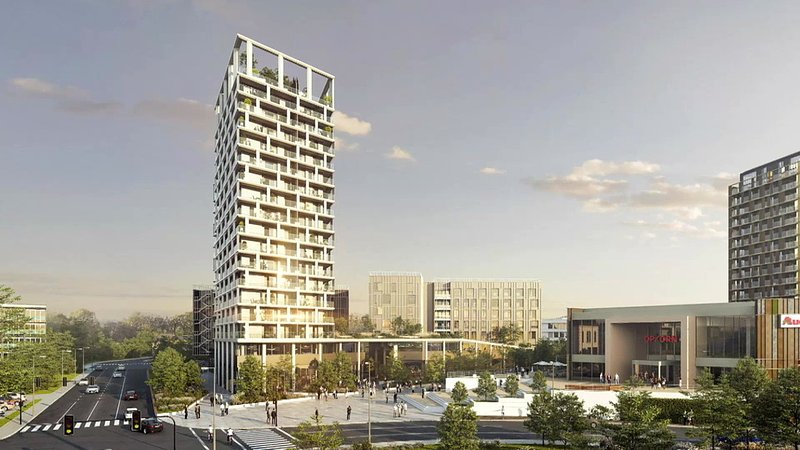 On Tuesday, the Differdange municipal authorities announced their purchase of a complex which will ultimately provide affordable housing to residents.

The municipality has purchased 80 homes in the 'Gravity' apartment complex, located near the station. The municipal council shared details about the project, namely that construction work is due to start at the beginning of 2020 and large commercial units will be included in the complex.

As for how the municipality plans to allocate the apartments purchased, it will rent out some of the flats and sell others, but all at affordable prices. Rental costs will lay between €6 and €10 per square metre and property to purchase will cost €4,000 per square metre.

Differdange's mayor Roberto Traversini (the Greens) took the opportunity of the announcement to react to criticism claiming Differdange lacks sufficient amounts of social apartments. Traversini argued that a calculation of existing social housing shows that the municipality has well over 1,000 affordable apartments.

As Traversini explained, he defines social housing and social rent as a rent calculated based on a person's earnings, and subsidised by state benefits. He differentiates this from affordable housing, which he believes goes up to €10 per square metre in rental costs.

Traversini will have to reckon with further criticism, as the opposition members in the municipality have organised a press conference for Wednesday morning.