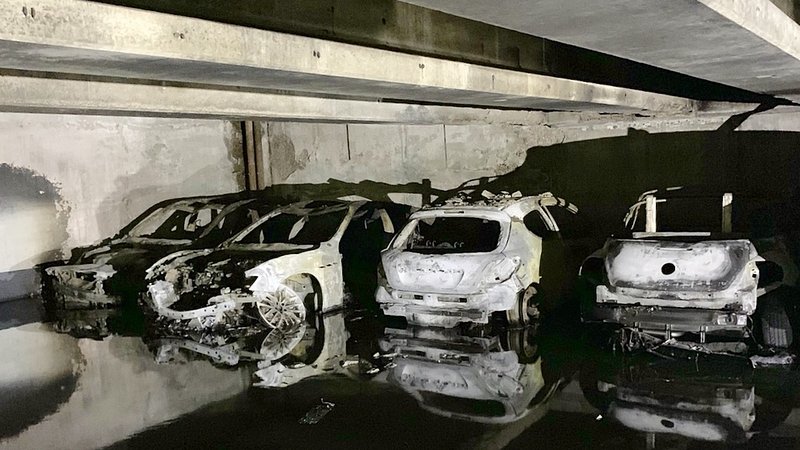 After a fire broke out in the Rousegäertchen underground car park on Monday, five cars were damaged by the flames and many other vehicles were trapped in the garage whilst emergency services worked to reduce the damage.

On Tuesday afternoon, the authorities began taking out the cars that had not been on -1, the floor where the fire had broken out.

To the relief of many motorists, it appears their cars came out unscathed. Unfortunately for the five vehicles damaged by the fire, these appear to be beyond all point of saving.

Whilst the authorities brought vehicles out, they were also bringing construction material to the car park to secure the ceiling and floor of the affected level.

Updated - five cars on fire: No injuries after fire breaks out in Rousegäertchen underground car park