Search
Smoke emerges @ Rousegäertchen (9.9.19)
© Domingos Oliveira, Eric Ewald, Valy Rodin, Jan Smolarek
The photos published on this site are subject to copyright and may not be copied, modified, or sold without the prior permission of the owner of the site in question.

The emergency services were called to the Rousegäertchen car park just before midday on Monday due to reports of smoke emerging from the underground car park.

Five cars caught fire in the Rousegäertchen car park, inciting a largescale response from the emergency services.  Avenue de la Liberté was closed to all traffic except buses.

The police advised the public to avoid the area entirely. The Grand Ducal Fire and Rescue Corps confirmed that the fire broke out on level -1 of the car part, spreading from one car to four further vehicles.

The fire was extinguished at 1.15 pm after a total of 50 fire fighters battled to get the fire under control. There were no injuries. 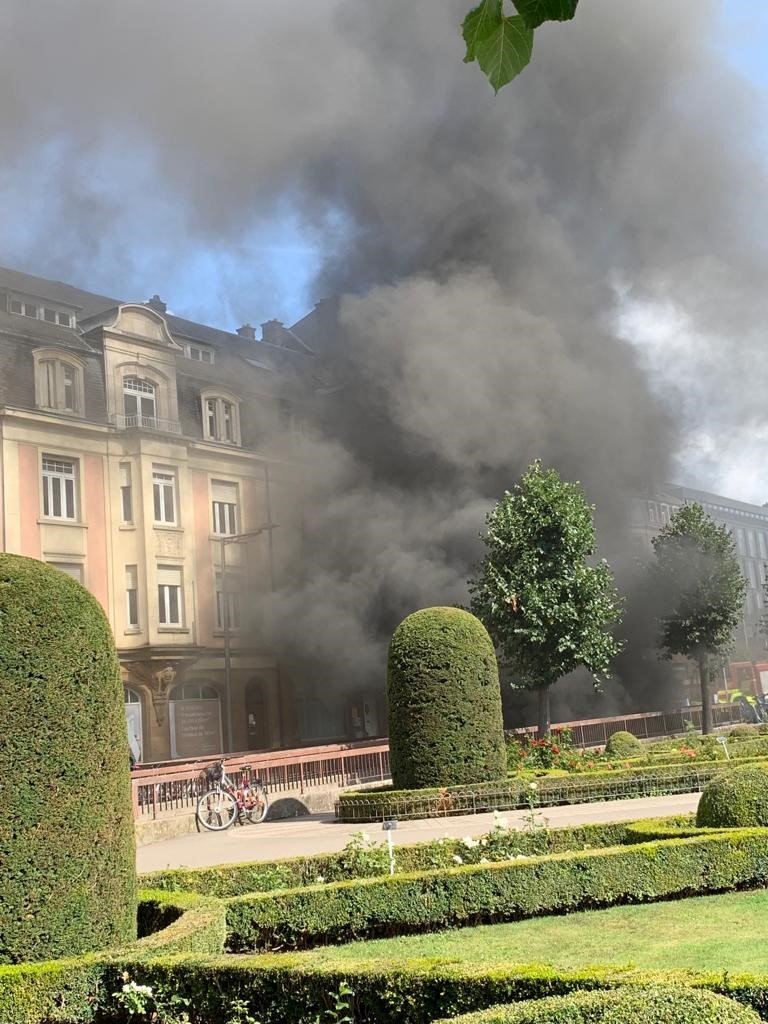