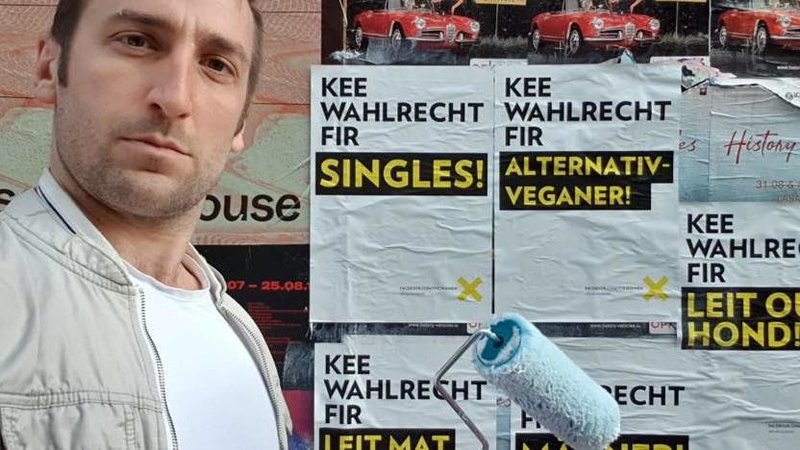 Banners and Facebook posts caused a certain amount of discussion last week, as the banners advocated no rights for certain groups.

For those who investigated, Yves Kinnen claimed to be a political activist and behind the campaign, which led to a serious amount of confusion. People spotting the banners wondered where the activist truly wanted to restrict the right to vote.

Weeks later and after theories abounding on social media, we have the answer: the banners were actually part of a publicity campaign for the National Museum of History and Art. At the end of September, the museum will launch its exhibition celebrating 100 years of universal suffrage in Luxembourg and the banners were key in highlighting how arbitrary voting conditions were before universal suffrage.

In the above video, the man purported to be Yves Kinnen reveals all - namely, that he was an actor hired to play the role ahead of the exhibition. Whilst voting is mandatory nowadays, before 100 years ago it was not even a right for some groups.

The exhibition, titled 'Wiele wat mir sinn' (Voting/choosing what we are), launches on 27 September at the MNHA. The museum funded the campaign alongside the Chamber of Deputies in a successful move to intrigue the public.