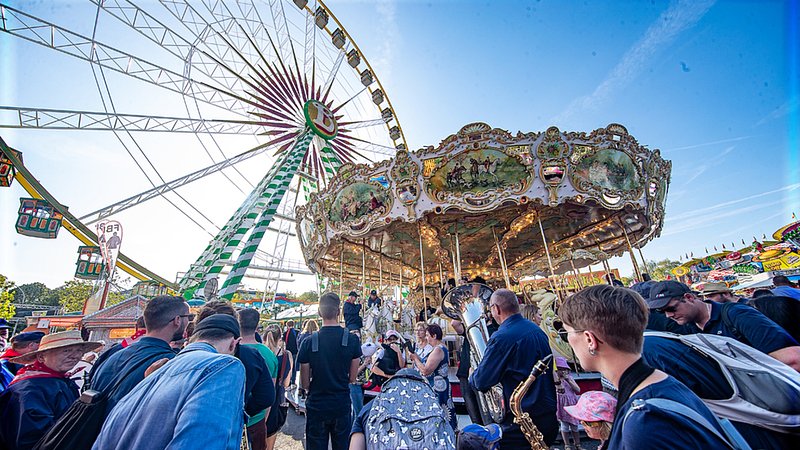 The Schueberfouer is due to officially join the UNESCO's list of intangible cultural heritage. However, the showmen running the funfair are not fully in support of the move.

Granted, the Schueberfouer is perhaps the biggest showcase for showmen and participating stall-holders. They travel around a lot and are used to working quickly to both set up and clear up. As historian and adviser to the European showman union Steve Kayser explains, showmen have their own linguistic heritage. They use their own expressions that only really work in their own context.

Kayser highlighted the importance of survival and continuing the culture for showmen. They place a lot on importance of continuing traditions, remembrance and memories, nostalgia and more. Showmen especially endeavour to keep their work alive given the fact that they have kept these traditions going for six to eight generations. This manner of retaining history is something showmen want to see protected in the future.

Consequently, showmen do not want the Schueberfouer as a concept itself being the only aspect to be protected. There are always the same buildings cropping up at fairs, which also require protection. For Kayser, intangible cultural heritage is importance as we tend to engage with these traditions, ensuring they remain alive. He believes that people's festivals, such as the Kermesse or the Schueberfouer, are the best example of showing engagement with a cultural phenomenon.

Currently, the Schueberfouer belongs to the national cultural heritage classification but is now on the cusp of being internationally recognised. The conditions dictating the UNESCO intangible cultural heritage list include that generations must share the knowledge as they go along. In order to even be UNESCO-recognised, a phenomenon must first be nationally protected. The entire project is due to complete as quickly as possible, as UNESCO will release further conditions in 2021.