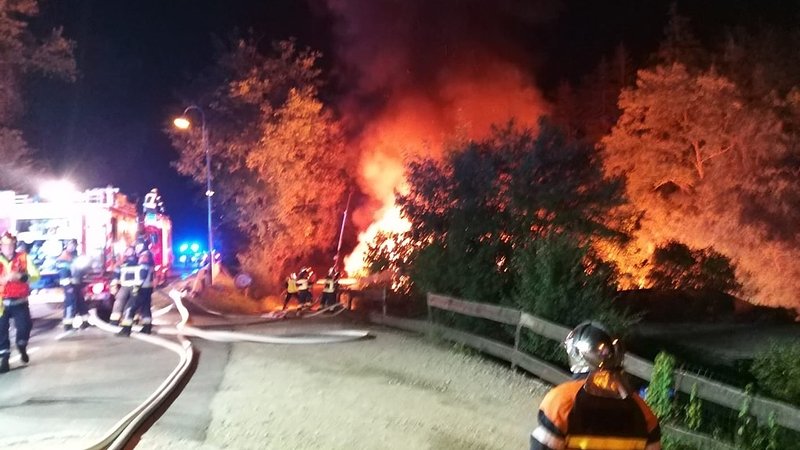 Firefighters had to mobilise to extinguish a large fire which broke out on the Grundhof camping grounds at 1.20 am on Sunday.

At least one chalet on the camping grounds was burning in the Mullerthal region early on Sunday morning, but there were thankfully no injuries.

The operation required the intervention of a number of fire brigades, namely the Beaufort, Consdorf, Reisdorf, and Berdorf fire brigades as well as German colleagues from Bollendorf. Ambulances from Echternach and Larochette were also dispatched.