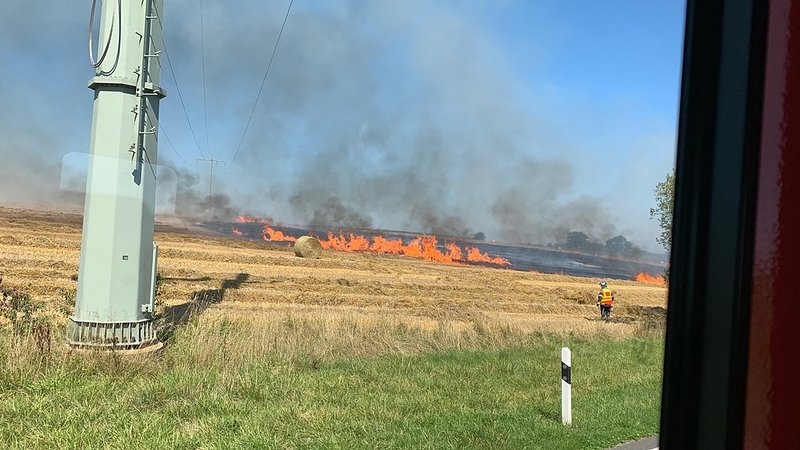 A round baler caught fire around 2.40 pm and the flames quickly spread to an adjacent field.

Unfavourable winds spread the flames relatively quickly. Firefighters from Heffingen, Larochett and Waldbillig were at the scene along with an ambulance from Larochette.

Local farmers supported the firefighters in their battle against the flames. They used their tractors to circle around the fire in order to prevent the flames from spreading.

The fire was extinguished after one hour. Nobody was injured.