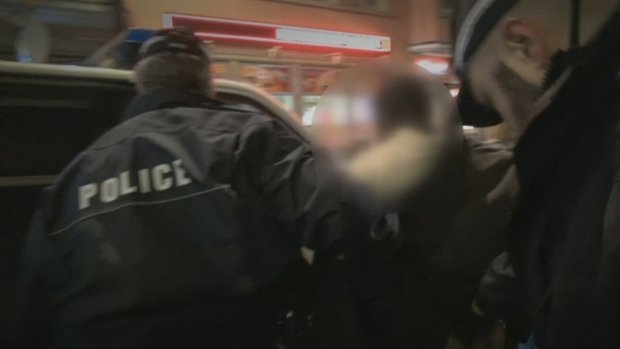 It was another busy Friday night for Luxembourg's police forces. They arrested two individuals at Luxembourg's train station and withdrew six driver's licenses.

Police were on the hunt for a suspect at the Gare neighbourhood on Friday evening. They stopped one person who matched the description around 5.30 pm. Even though the man they stopped, as it turned out, was not the suspect they had originally been looking for, they found that the public prosecutor's office had also issued an warrant for his arrest.

Around 5 pm, police had already arrested another man on Rue Dernier Sol. The public prosecutor's office had also issued a warrant for his arrest.

Both men were taken to Schrassig prison.

Police conducted speed checks in Bereldange and on the N15 between Schumanneck and Buderscheid around 7 pm. 3 drivers were excessively speeding and had to hand over their driver's licenses.

Another driver was speeding on Rue de Luxembourg in Bertrange. His blood alcohol test also came back positive. Police suspended his license on the spot. Same story, different location. Police suspended the license of a drunk driver on route d'Arlon in Strassen.

The sixth culprit had to hand over his driver's license in Burmerange. A witness had alerted police when a car ended up crashing into a hedge after a bend on Rue de Mondorf. The car was parked in the middle of the road - and the driver sound asleep when officers arrived at the scene. Police had to wake him up to conduct a blood alcohol check, which came, rather unsurprisingly, back positive.