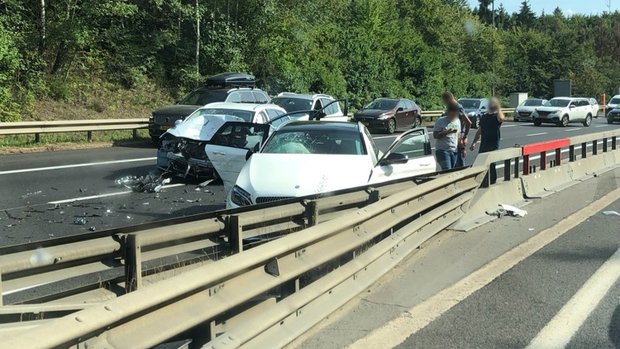 An accident involving four vehicles occurred on the A1 motorway near the Kirchberg exit ramp around 4pm.

The two lanes of the motorway are currently blocked and 8km tailbacks have formed all the way back to the Croix de Gasperich. Traffic flow is also slower on the opposite carriage way due to passersby rubbernecking at the accident scene.

Another accident involving 3 cars took place shortly later on the A6 in direction of Arlon, 500m in front of the Belgian border. The fast lane is currently blocked and drivers will have to be patient: 10km tailbacks have formed.