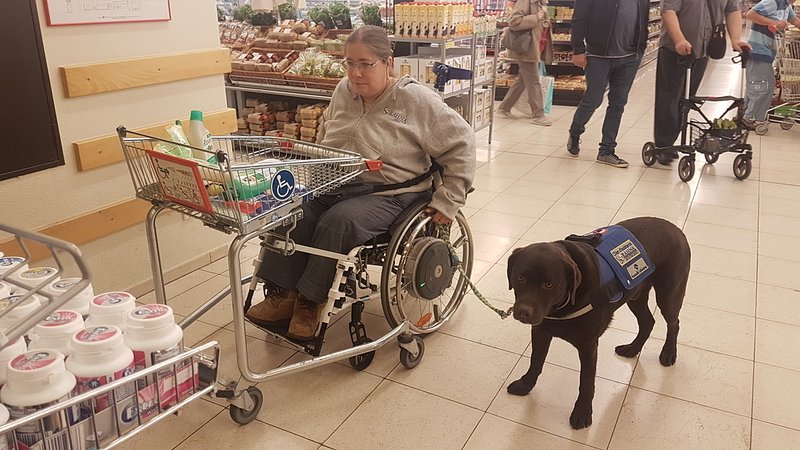 A case of discrimination has made the rounds on social media over the past few days, concerning a visually impaired man barred from visiting a restaurant with his guide dog.

A blind man who depends on his guide dog to get about was recently refused service in a restaurant despite the fact that the law prohibits such discrimination.

Whilst dogs are not permitted to enter restaurants and supermarkets, the law mandates exceptions for guide dogs. Specifically, the anti-discrimination law allowing disabled individuals to enter establishments with their assistance dogs has been in effect since 2008. Guide dogs are not considered typical pets, as they spend two years training to meet the needs of their companion. Guide dog training costs an average of €25,000.

According to Andrée Biltgen, the president of the non-profit association Rahna, which helps match guide dogs with disabled people, this case where the man was refused entry is the exception rather than the norm. She highlighted that those who break the law face a fine of €250.