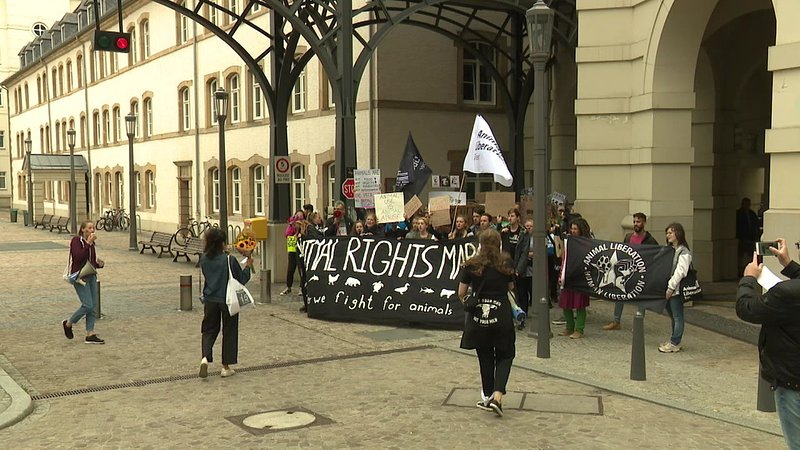 The march is a symbolic protest against animal abuse, cruelty and slaughter, simultaneously highlighting the pitfalls of the production of animal products.

The march led protesters through Luxembourg City. They passed several symbolic location such as the national memorial of solidarity ("eternal flame"), the judiciary city with its courts and legal offices on Plateau St. Esprit, the Place d'Armes square and Place Guillaume II (Knuedler), where participants gave speeches.

The organisers of the yearly event hope to raise awareness and make consumers rethink our relationship with animals and animal products, Julia Ariete explained in an interview with RTL. A vegan society would be the ultimate goal, she stressed.