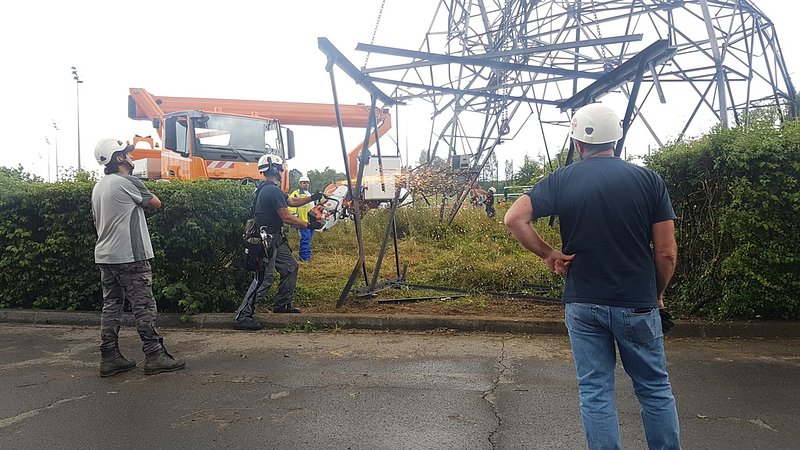 Last week's tornado not only impacted the lives of private individuals but also affected companies and businesses.

Companies that were negatively affected by the tornado can, since Monday morning, request government aid: all affected small and medium sized enterprises that suffered losses due to forced closure or other direct damage - in terms of buildings, equipment, machinery, stock - will be considered for compensation.

The violent winds also knocked down 4 utility poles as the tornado ripped through the country's southwest. The poles crashed down onto the street and the parking lot of Käerjeng's large supermarket.

The strong steel constructions were flattened within a couple of seconds, attesting to the storm's extreme force and devastating 250 km/h winds.

In a first step, the authorities tried to secure the power cables, which are automatically turned off in the event of a shunt fault. The only tangible risk was that the cables could have snapped unexpectedly, which is why the authorities established a safety perimeter. Teams are currently working on getting the utility poles and power cables back up and running. This is expected to take around 3.5 months.

This electricity network does not affect private individuals. Luxembourg's electric power transmission company Sotel is in charge of the Grand Duchy's industry sector and has exclusively industrial clients such as ArcelorMittal. Sotel stressed that the damaged electricity network would not cause industrial bottlenecks and that production could go on without being disrupted.