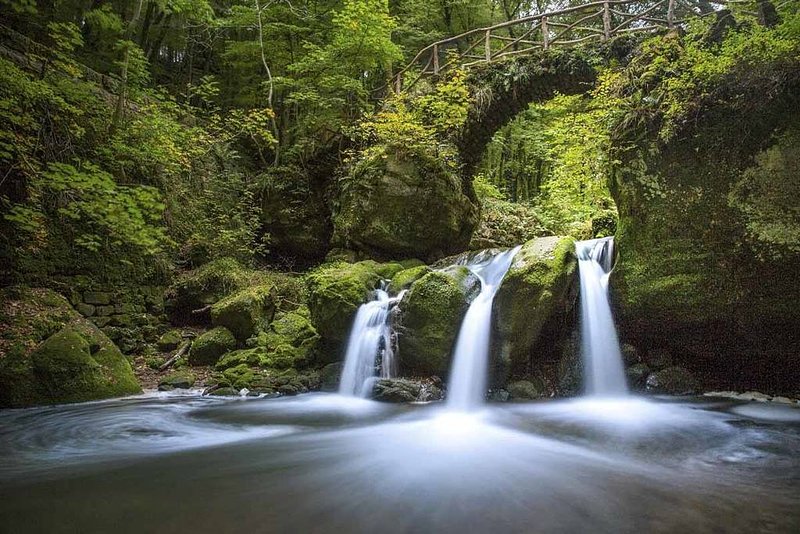 On Sunday morning, Luxembourg celebrated the 140th birthday of the stone bridge over the Black Ernz next to the picturesque Schiessentümpel waterfall.

The bridge remains one of the most popular - and most photographed- spots in Luxembourg's Little Switzerland.

Aside from many merry guests and a number of ministers, the artist group "Outdoor Performing Arts" were present for the iconic birthday and came prepared with a special spectacle.

"Walk Your Senses" is the name of the innovative spectacle, which took curious visitors with a horse-drawn carriage from Heringer Millen to the beginning of the hiking trail. Artists Carolina Mirkes, Noa Nies, Anne Majerus and Mathieu Clemen awaited their audience in various locations along the way.

Describing the music she composed for the event, Carolina Mirkes explained that she tried to make it "extremely harmonious" so that visitors can "take the time to listen to what is happening around them."

She included vocals in her second composition, which deviates from the usual standard. In her own words, the vocals resonate with the sound of nature, making us feel as if "we walked in the vibrations of nature, vacillating with the forest around us."
Choreographer Noa Nies performed inside an inflatable ball that floated on the waterway. 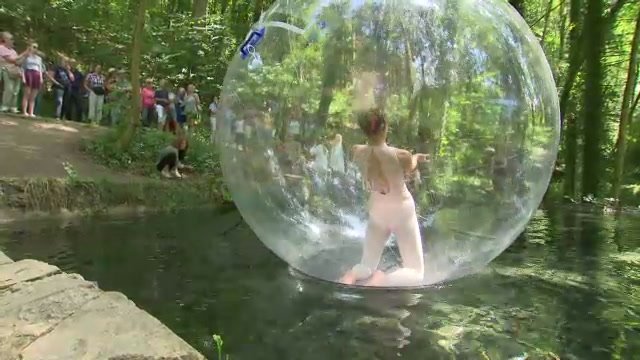 Apart from music and dancing, there was also a photo exhibition by Sébastien Grébille. The "Walk Your Senses" spectacle was performed twice on Sunday afternoon.